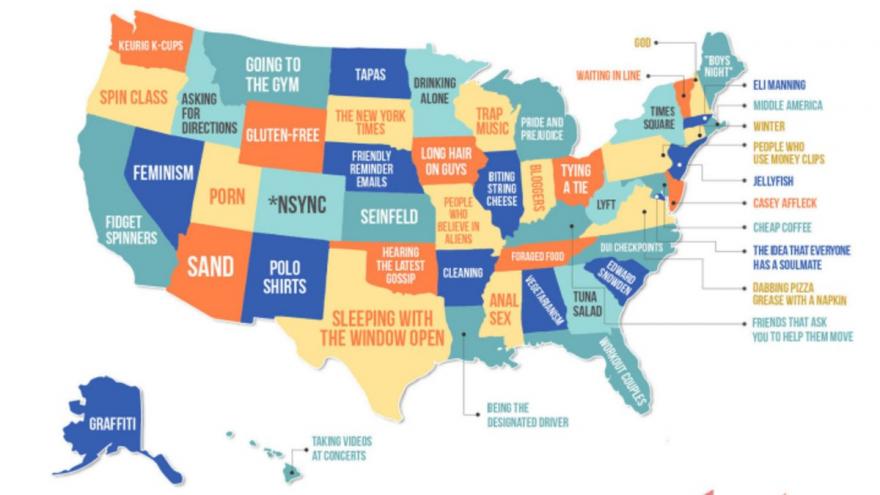 There's a new dating app out there that matches people based on things they hate. According to a website for the app it, "has taken a different approach in hooking up individuals; the common thing between the people being hatred. Can love develop between parties who find that they hate the same things? That is what the hater dating technology is pegged on."

The website recently released a map of most common things people hate categorized by state. In Wisconsin, the thing people hate the most is "Trap Music".

For those that aren't familiar, according to Wikipedia Trap Music is:

Trap music is defined by its ominous, bleak and gritty lyrical content which varies widely according to the artist. Typical lyrical themes portrayed include observations of hardship in the "trap", street life, poverty, violence and harsh experiences in urban inner city surroundings.

Some other things people hate according to the app include: