BEAVER DAM, Wis. (CBS 58) -- There’s a conflict between the owner of a pole dancing fitness studio and a reverend in Beaver Dam, the priest doesn't think it belongs downtown and the owner said he's being ignorant.

Studio Paramour has pole dancing classes that are meant to be a fun way to get students in shape. Abigail Balliett and Amanda Garcia have been coming to pole fitness classes for about four weeks.

“From your neck to your toes, it harder than any workout I have ever done,” student Abigail Balliett said.

Students say it’s not only a great workout, but gives them confidence.

“I can be me. I don't have to hide anything and I’m getting stronger,” Balliett said. “That's the best part,” Garcia continues.

Tiffany McDaniel opened the business four months ago. She believes it's a new and different place for people to exercise in the Beaver Dam area.

“To see them go from ‘Oh, I can't do this’ to have them do it effortlessly now. It's an amazing feeling,” McDaniel said.

That excited feeling quickly changed last week when McDaniel opened a letter sent to her studio, the Beaver Dam Mayor and the City Attorney. The owner was shocked to receive the letter from a local reverend saying her business is insensitive to women. The studio is meant for exercise, but Reverend Michael Erwin of Saint Katharine Drexel Parish in Beaver Dam shared in that letter, he doesn’t see it that way.

In part the letter says:

We already have a problem for our downtown being littered with pawn shops which exploit the poor, now we have an exercise facility that is insensitive to women who are held captive by force or drugs in the for-profit sex industry.

“I almost vomited because it was unjust and plain ignorant,” McDaniel said.

“You just don't put those things in the same realm as what we do,” McDaniel said.

McDaniel believe the letter is hateful, uneducated and doesn't reflect anything they do or stand for.

“It feels like a modern day witch hunt,” McDaniel said.

CBS 58 reached out reverend Erwin Saturday, but he didn’t want to speak on camera. He tells us he stands behind what he wrote and his letter speaks for itself.  McDaniel doesn't think he’ll stop trying to shut her down, but says she isn’t going anywhere. 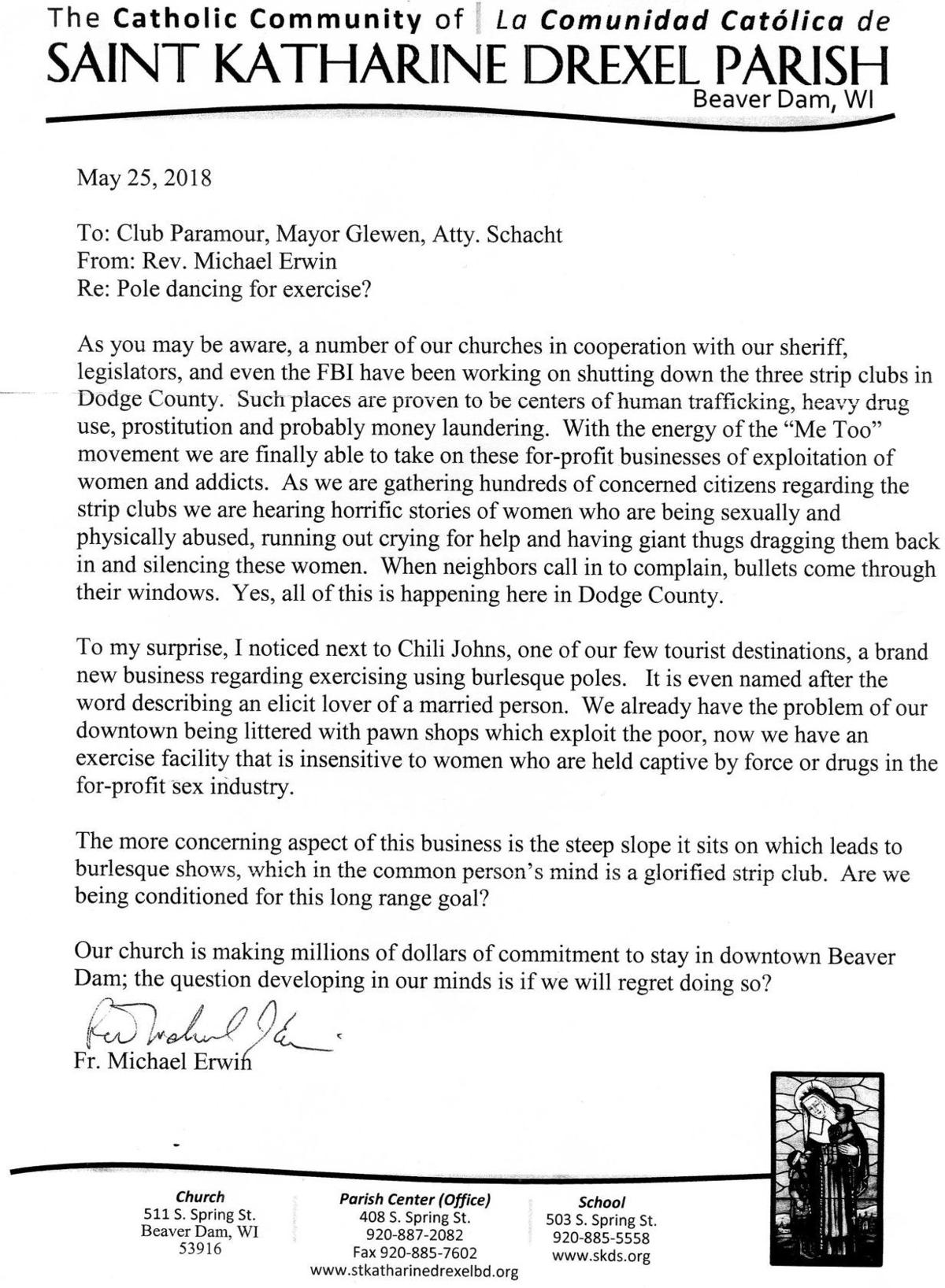