Has Your Flight Been Canceled after Brussels Attack? 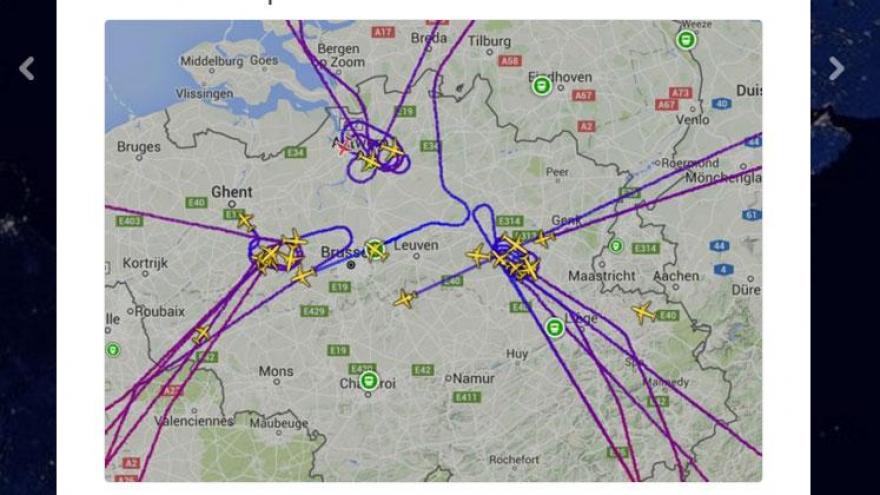 (CNN MONEY) A suicide attack has forced the closure of the international airport in Brussels, the capital of Belgium.

Two blasts hit Zaventem airport on Tuesday, and they were followed by an explosion in a subway station in the city.

The Brussels airport has been shut down and will remain closed on Wednesday, authorities said.

Other major international airports across Europe have not been significantly affected. FlightStats reports low levels of delays at airports including London Heathrow, Charles de Gaulle in Paris, Frankfurt and Amsterdam.

Here's how major airlines have reacted:

Lufthansa: The airline has canceled 25 flights to and from Brussels, affecting 2,000 passengers.

"Two flights from Frankfurt and Munich, which were already on their way, have been re-routed to Liege and Cologne," a Lufthansa spokesperson said in a statement.

Air France: The French airline said one of its flights left at 6:35 a.m. local time to travel from Brussels to Lyon, France. But other scheduled flights did not go ahead.

"Air France staff were present at the time of the explosion," it said in a statement.

KLM: The airline said its five planned flights would not depart Tuesday.

The aircraft for Flight KL1722 remains in Brussels but it was not in the area of the explosion, the airline said.

"The flight's passengers and crew have disembarked and are all safe," it said in a statement.

Brussels Airlines: The airline has canceled 190 flights and diverted 15 flights to other airports immediately after the blast. Roughly 20,000 passengers have been affected.

British Airways: The airline said it has "canceled a number of flights to and from the [Brussels] airport."

American Airlines: The airline warns that a planned flight between Brussels and Philadelphia has been canceled. Customers planning to fly to and from this airport should call the reservation desk for the latest flight information.

"When operations at the [Brussels] airport resume, we will reaccommodate our customers," the company said in a statement.

United Airlines: The company has canceled all remaining flights to and from the affected Brussels airport.

United noted that Flight 950 from Washington Dulles arrived at the airport at 7:01 a.m. local time and customers got off the flight in a normal fashion. Then Flight 999 from Newark Liberty was rerouted to a different location.

Delta Air Lines: Delta said its flight DL80 from Atlanta to Brussels "has landed safely at the airport and is parked remotely."

Delta's flight DL42 from New York to Brussels was diverted to Amsterdam.

"If your flight is canceled or significantly delayed, you are entitled to a refund," the airline said in an online statement.

Ryanair: The low-cost airline has canceled its flights out of Zaventem and diverted two inbound flights to a nearby airport in Charleroi.

It said it would continue to operate flights from Brussels Charleroi, although there will be delays.

EasyJet: All 14 EasyJet flights scheduled to arrive and depart Brussels on Tuesday have been canceled. One flight from Milan was diverted to Maastricht in the Netherlands.

Aegean: The airline has canceled all flights to and from Brussels on Tuesday.

It's offering free rebookings or full refunds to any passengers who want to cancel their Brussels flights between now and March 31.

A flight from Athens that had been heading for Brussels was being diverted to Dusseldorf airport in Germany.

Emirates: The airline's flight from Dubai to Brussels -- Flight EK183 -- was diverted to Dusseldorf, Germany. And Tuesday's return flight from Brussels to Dubai has been canceled. The company said it is contacting affected customers to rebook new flights.

--CNNMoney's Chris Liakos and Robert Mclean contributed to this report.