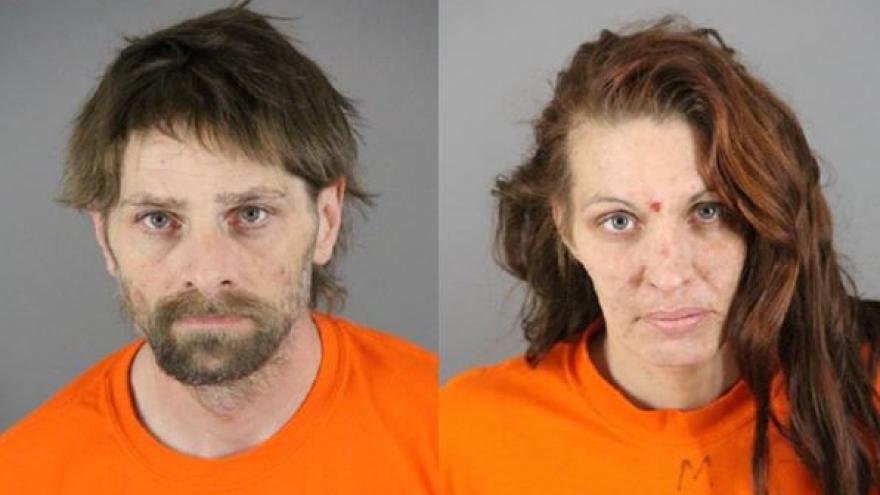 Jason Shartle and his girlfriend Shannon Stelloh are accused of breaking into locked storage containers and stealing the used batteries.

According to a criminal complaint, police began investigating after the Walmart store in the 400 block of Pewaukee Road reported that someone had used a bolt cutter type tool to break into a locked storage container and stolen about nine batteries. The theft was reported on January 6.

Police say a few days later on January 9, the same suspects appeared to come back to the Pewaukee Walmart and stole between 24 and 30 more batteries.

During their investigation, Greenfield Police Department said they were looking into similar thefts. After reviewing surveillance footage, it appeared the same suspect vehicle was used.

Hartland Police later stopped the vehicle and both Shartle and Stelloh were taken to the Pewaukee Police Department.

While officers were interviewing Shartle, police say he interrupted them saying, “I did it” and admitted that he and his girlfriend had stolen used vehicle batteries from a number of Walmart stores in the area.

The complaint says Shartle told police he and Stelloh would break into the stores in the early morning hours, take about 20 batteries at each location, and sold them for money. They would then use the money to buy heroin.

Both Shartle and Stelloh have been charged with two counts of misdemeanor theft.