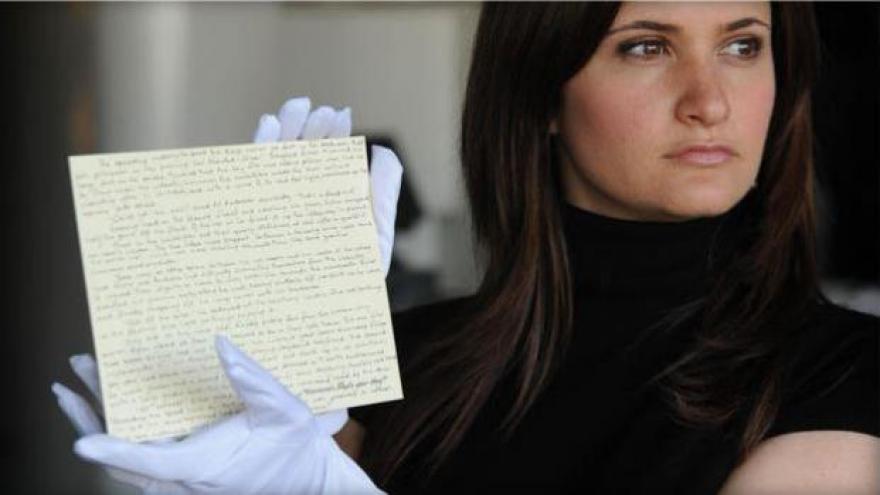 (CBSNews) Police issued an appeal for information Friday about a missing Harry Potter story, which was stolen during a burglary in central England. The prequel to the Potter series, handwritten by J.K. Rowling on a postcard, had been sold in a 2008 charity auction for $32,152.

"The only people who will buy this unique piece are true Harry Potter fans," Constable Paul Jauncey from the West Midlands Police said in a statement. "We are appealing to anyone who sees, or is offered this item for sale, to contact police."

PLEASE DON'T BUY THIS IF YOU'RE OFFERED IT. Originally auctioned for @englishpen, the owner supported writers' freedoms by bidding for it. https://t.co/ljEQyyj9yY

The story features Harry's father, James Potter, and the character Sirius Black. They have been cornered by police and use magic to escape.

It would, therefore, clearly be in the best interest of the current investigation if the thief or thieves who made off with the rare A5 postcard were muggles.The seven original Harry Potter books have been published in 79 languages, and over 450 million copies have been sold worldwide.

According to their statement, police believe the theft occurred at a property in Birmingham in April, when a quantity of jewelry was also taken. They hope their appeal for information, "goes far and wide among Harry Potter fans throughout the world."