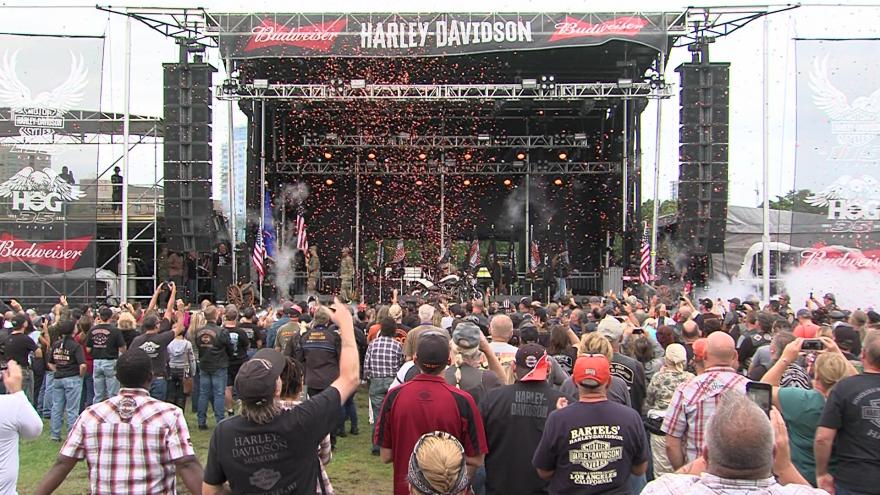 MILWAUKEE (CBS 58) - The roar of Harley-Davidson engines filled the streets of Milwaukee as the 115th anniversary kicked off Wednesday.

The sound of the legendary bikes has always been the trademark for this company, and all weekend long that sound is going to drive this celebration.

Hundreds of riders from all over the world will call Milwaukee home for the next five days, and for some riders, nothing was going to stop them from making it here this weekend.

“One of our brothers came in last night, he road 900 miles straight through, in torrential downpour, just to be here,” said Jim Deluca who rode all the way in from Boston, MA.

“It’s amazing what a family reunion feel this has,” said Tim McCormick from the Harley-Davidson Museum.

McCormick says waves of bikers feel like family.  “It’s amazing to see what a great family this event brings together, not necessarily brothers, not necessarily sisters, but just that feeling of freedom and fun that Harley-Davidson can bring,” said McCormick.

“It’s like one big family, everybody is friendly, everybody waves to each other on the road,” said Mike Lombardi, another Harley rider that rolled in Wednesday.

The anniversary will feature 88 events taking place at 27 venues over 5 days.

“It will also be the first chance Harley fans will have to see a first of its kind Harley-Davidson, an electric motorcycle.

“It’s a full plug in electric vehicle, so it does not have a gasoline powered engine and that makes it very unique for Harley-Davidson,” said Paul James, Director of Program Management.

“Rider or not, we invite everybody to join us for this celebration,” said McCormick.

Many of the events are free, and they extend outside of Milwaukee, surrounding communities are holding events.

You can find a full list of events on the Harley-Davidson 115th anniversary web page.