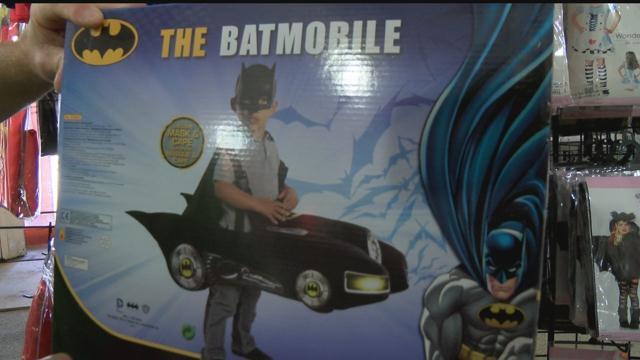 Cindy Young came into the Halloween Express at the State Fair Grounds. She said she plans to spend more this Halloween than in the past.

"I would say almost $100 for the whole party,” Young said. “The costumes and everything so at least to almost to that."

The owner of the store, as well as 5 other Halloween Express stores in the area, said he also expects to make more this year compared to 2014.

"I noticed this year customers spending just a little bit more per ticket, per transaction,” said Jon Majdoc. “We seem to be a little bit busier."

People are expected to spend more than $6.9 billion dollars in costumes, decorations and sweets.

The average person will spend $74, $3 less than last year.

Majdoc said this year women are going for superhero or super sexy costumes. He said boys always like anything with a weapon and girls like Disney princesses. He also said men are going for Zombie costumes this year.

His customers spend an average of $45. This year Halloween lands on the weekend.

"If we can pick a date to have Halloween it will be on a Saturday so I kind of anticipate that we're going to finish really strong so we'll probably be up from last year," Majdoc said.