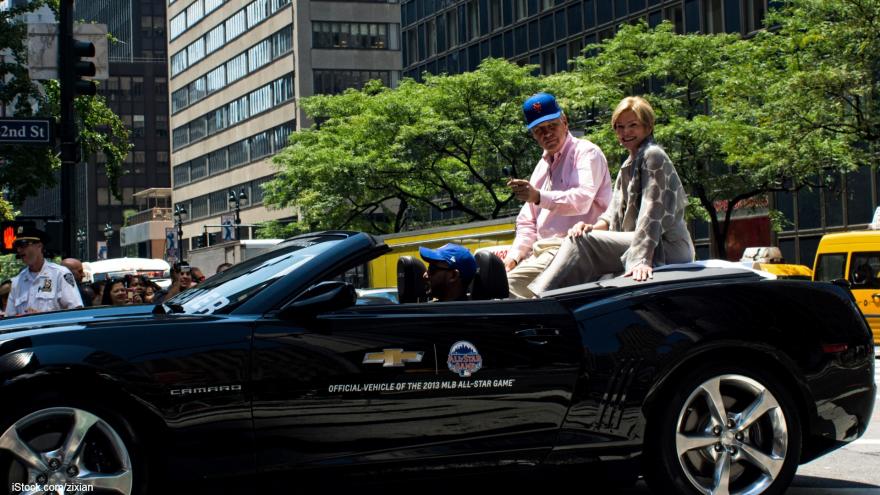 NEW YORK (AP) — Tom Seaver, the Hall of Fame pitcher who was the heart of the Miracle Mets, has died at 75.

Seaver passed away peacefully in his sleep, according to a press release, from complications of Lewy body dementia and COVID-19 on Aug. 31.

“We are heartbroken to share that our beloved husband and father has passed away,” said his wife Nancy Seaver and daughters Sarah and Anne. “We send our love out to his fans, as we mourn his loss with you.”

We mourn the passing of Tom Seaver, a Hall of Fame pitcher and World Series champion. He was 75. pic.twitter.com/KcSBQTk0rL

Seaver won 311 games, had a 2.86 earned-run average and struck out 3,640 batters over a 20-year major league career that spanned from 1967-1986, earning 12 All-Star selections, according to the Baseball Hall of Fame. He led the National League in wins three times, ERA three times and strikeouts five times. Seaver was elected to the Hall of Fame in 1992 when he was named on 98.8 percent of ballots cast by members of the Baseball Writers Association of America, the highest voting percentage ever received at the time.

“Tom Seaver’s life exemplified greatness in the game, as well as integrity, character, and sportsmanship – the ideals of a Hall of Fame career,” said Jane Forbes Clark, Chairman of the National Baseball Hall of Fame and Museum. “As a longtime member of the Hall of Fame Board of Directors, Tom brought dignity and wisdom to this institution that will be deeply missed. His love for baseball history, and for the Hall of Fame, was reinforced in 2014, when he pledged the donation of his personal baseball collection to the Museum. His wonderful legacy will be preserved forever in Cooperstown.”

Official statement from the #Mets on the passing of Tom Seaver. #RIP41 pic.twitter.com/tWTxQWlk1o

The Baseball Hall of Fame says Seaver, who served in the U.S. Marine Corps, was obtained by the Mets in a special draft lottery in 1966 and earned the 1967 National League Rookie of the Year Award. “Tom Terrific” went on to help change the team from lovable losers into the “Miracle Mets,” bringing the team it first World Championship in 1969 in only its eighth year of play, while earning his first of three National League Cy Young awards.

Seaver won National League ERA titles in three of the next four seasons, capturing his second Cy Young Award in 1973 while leading the Mets to the N.L. pennant. In 1970, Seaver tied a major league record, striking out 19 San Diego Padres in a game that included a record 10 consecutive strikeouts to end the game. In 1975, Seaver won his third NL Cy Young Award. In addition to his 12 seasons with the Mets, Seaver spent parts of six seasons with the Cincinnati Reds, three with the Chicago White Sox and one with the Boston Red Sox.

“Tom’s fierceness as a competitor was matched by his daily preparation and workout regimen,” said Tim Mead, President of the National Baseball Hall of Fame and Museum. “Intelligent, passionate, disciplined, respectful and driven, he was as fine a pitcher as the game has seen.”
After pitching five one-hitters, Seaver no-hit the Cardinals in 1978, and in 1981 became the fifth player in history to record 3,000 strikeouts, according to the Hall of Fame. He returned to the Mets for the 1983 season, then won a total of 31 games for the White Sox in 1984 and 1985 before officially retiring during the 1987 season. Seaver pitched for the summer league Alaska Goldpanners and attended the University of Southern California before inking his first professional contract.