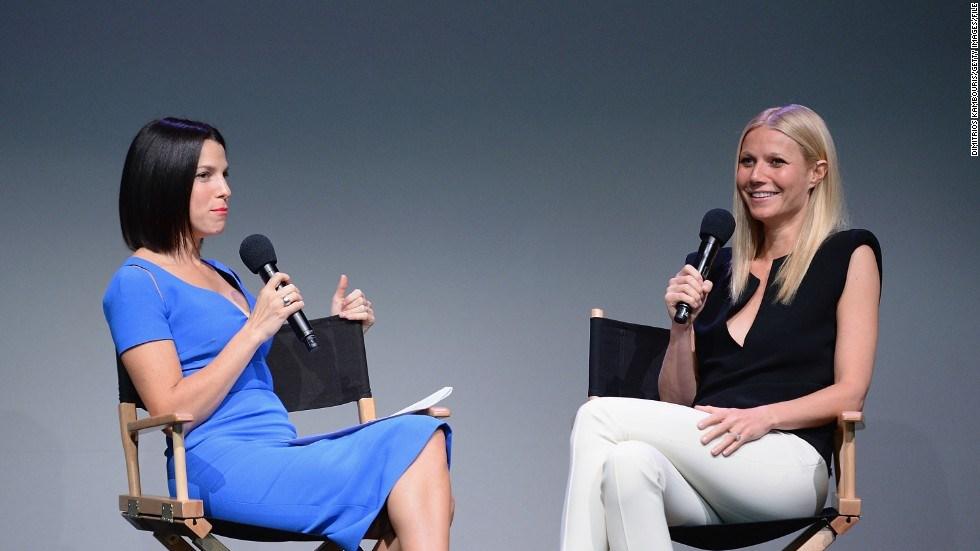 (CNN) Gwyneth Paltrow definitely wants nothing to do with your snacks.

Whether it's her militancy about diet, her aspirational (for most of us) website Goop or the expensive smoothie she says she drinks every morning (though, to be fair, Vanity Fair disputes that it actually costs $200), the actress' life is very different from that of the average Joe or Jill.

So when she doubled down on one of her most-ridiculed quotes, the Internet went crazy.

In 2012, the famous foodie told British TV host Jonathan Ross that she would "rather smoke crack than eat cheese from a can."

In celebration of her new cookbook "It's All Easy," Paltrow hosted a Q&A on Goop last week, and someone asked her, "Would you still rather smoke crack than eat cheese out of a can?"

"Hell yes," she said. "You know, crack might be extreme, but spray cheese is not my kind of party."

Of course, we don't believe that Paltrow would hit the pipe, but the comment didn't win her any new fans. One person even tweeted that "Gwenyth Paltrow is affluenza's Patient Zero."

The good folks over at E! have worked out the financials, figuring out how much it would cost to eat a week's worth of meals out of Paltrow's new cookbook, and the menu they selected came out to just over $470.

Those who think Paltrow is not of this world, perhaps you can find comfort in what she had to say about what folks don't know about her:

"That I really enjoy food that can be considered bad for you, like martinis and french fries," she wrote on Goop. "If left to my own devices, I'll sleep for 10 hours a night. And I'm harder on myself than anybody else could ever be."