Gunman kills doctor, then himself, at VA hospital in El Paso, Texas 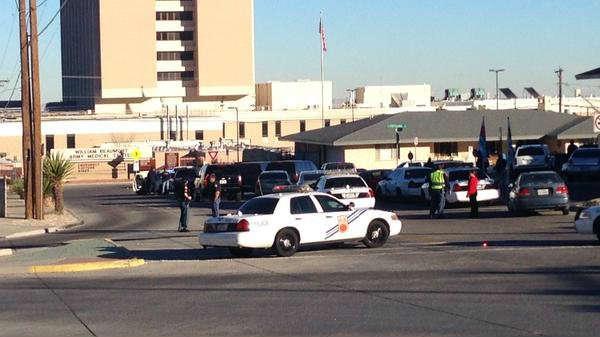 \"The alleged shooter is dead, and we have one casualty. That casualty is deceased. All other VA patients and staff are safe. This is an active crime scene, and the shooting incident is under investigation,\" he said.

The FBI is taking the lead on the investigation.

The Department of Veterans Affairs released a statement saying it was saddened by what happened.

\"We will continue to cooperate fully with military and civilian authorities at Beaumont Army Medical Center. The safety and continued care of our Veterans and the staff will be our focus throughout this situation,\" the statement read.

A Pentagon official, who spoke on the condition of anonymity, said that a doctor was shot by a gunman, who later died from a self-inflicted wound.

The motive for the shooting was not immediately clear. The VA facility will be closed Wednesday.

A spokesman for the William Beaumont Army Medical Center, which is adjacent to the VA facility, had said earlier the area was on lockdown.