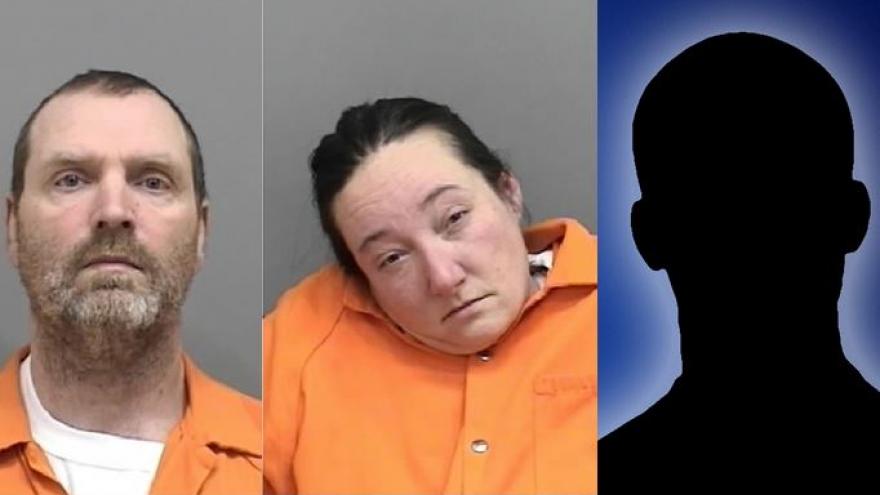 Warning: These Details May Be Considered Graphic To Some

MANITOWOC COUNTY, Wis. (CBS 58) -- A 15-year-old and the guardians of a 7-year-old boy have been arrested after the boy died due to alleged physical punishment.

Timothy Hauschultz, Tina McKeever-Hauschultz, and a 15-year-old male are all charged in connection with his death.

According to the Manitowoc County Sheriff's Office, 7-year-old Ethan Hauschultz was taken to a local hospital on April 20, 2018. He was unresponsive, had an extremely low body temperature, and had multiple bruises and injuries on his body. Despite life-saving measures, he was pronounced dead.

The Sheriff's Office says that Ethan had been performing a punishment ordered by Timothy Hauschultz in which he was required to carry a heavy wooden log which weighed approximately two-thirds his body weight while being monitored by Timothy's 15-year-old son.

Over the course of an hour and a half, the 15-year-old allegedly hit, kicked, struck, and poked Ethan numerous times.

Ethan's cause of death was ruled hypothermia and other blunt force injuries to the head, chest, and abdomen.

According to the Sheriff's Office, the 15-year-old was arrested for First Degree Reckless Homicide, Physical Abuse of Child - Intentionally Causing Bodily Harm, and Substantial Battery.

Timothy Hauschultz was arrested for Felony Murder-Party to a Crime, Intent to Contribute to the Delinquency of a Child - Death, Physical Abuse of a Child, and Misdemeanor Battery.

Tina McKeever-Hauschultz was arrested for Contribute to the Delinquency of a Child - Death, Failure to Act to Prevent Bodily Harm to a Child.

Timothy and Tina are both being held in the Manitowoc County Jail.