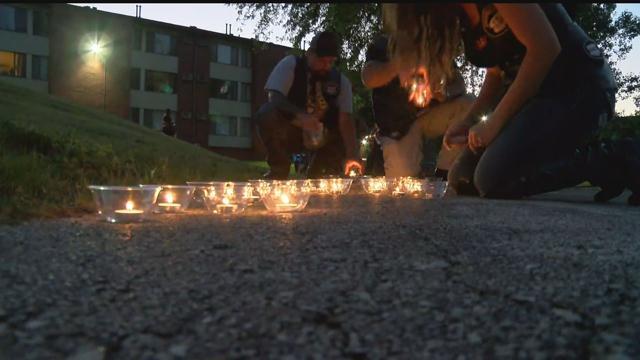 Guardians of the Children, a Harley Owners Group, held a vigil Friday near the pond where an infant drowned last Saturday.

They were joined by police officers and community chaplains and lit candles in memory of Sean Flowers III.

The three month old died after police say his father held him under water as revenge against the infant's mother.

The group hopes to bring attention to the continuing menace of domestic violence and child abuse.

Their message to the public is that if you suspect it, report it.

This is the second vigil held in the area.

This tragedy followed by the arrest of a Sheboygan Falls for strangling her two year old son have many in the community at a loss.

Organizers of tonight's vigil say they see a value in paying respects. When a life that young is acknowledged then perhaps it will inspire strangers to report if they see mistreatment.