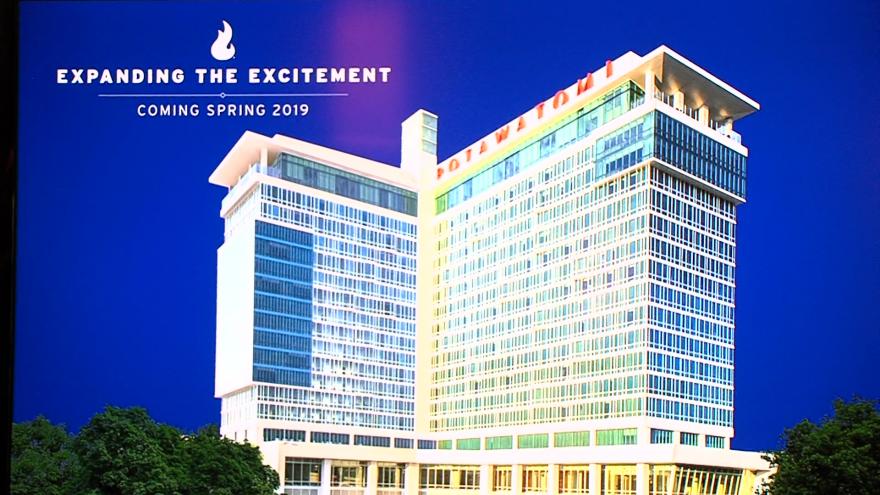 MILWAUKEE (CBS 58) – The most visited entertainment destination in Wisconsin is about to get even bigger.

Ground was officially broken on a project to expand the Potawatomi Hotel.

The expansion project will make Potawatomi one of the biggest hotels in Milwaukee. The new 19-story tower will add 119 hotel rooms to Potawatomi, bringing the total number of rooms to 500.

Aside from more rooms, the new tower will also include a spa and more meeting space.

The hotel says the project is an $80 million investment in Milwaukee's Menomonee Valley and will add 50 more permanent jobs to the hotel. The hotel originally opened in 2014.

The new building is expected to open Spring 2019.