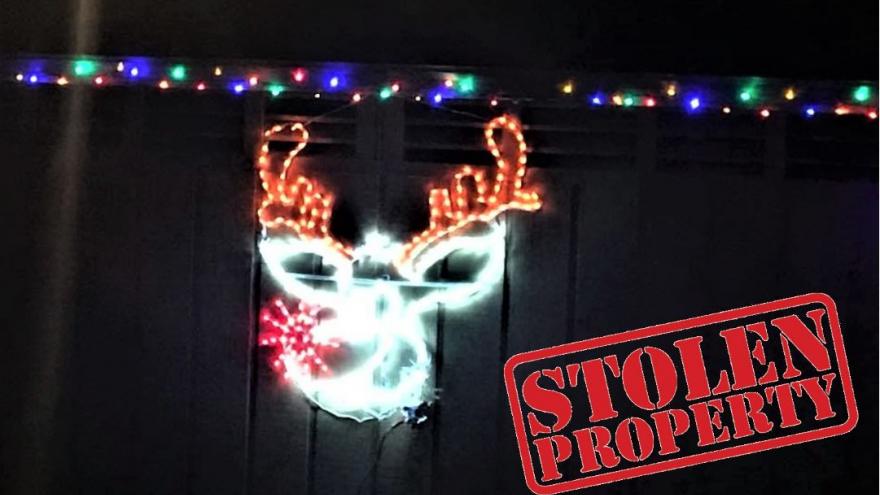 Investigators say Sheriff Dale Schmidt, who chairs Beaver Dam Rotary Lights in Swan Park, noticed that one of the displays had been cut down and unscrewed from the Mill Street shelter.

Schmidt says he is extremely disappointed as the lights are donated by businesses and members of the community to bring holiday cheer and a family-friendly atmosphere to the park. The Sheriff's Office is now asking for help to identify the thief.

According to authorities, this is the second item in two years that has been stolen from the park. In 2017, the projector casting lights inside the band shell was stolen. Sheriff Schmidt says the committee is now forced to look into additional security costs.

Anyone with information about the location of the display is asked to call the Beaver Dam Police Department or Sheriff Dale Schmidt at the Dodge County Sheriff's office so it can be recovered.