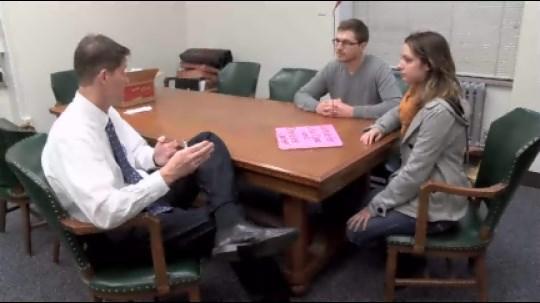 The daughter of a woman killed in a violent car crash on Milwaukee's north side is taking her quest for justice to the Milwaukee County District Attorney.

Tuesday, Katherine Cope took a petition of more than 1,200 signatures to John Chisholm. They're demanding he file criminal charges against Minnie Tellis.

In July, the 62-year-old woman was driving the SUV that crashed into several cars on Sherman and Burleigh in July. Christine Jaeger and Lisa Cope were killed.

Katherine's mother would have celebrated her 46th birthday on Tuesday. The one gift she wants to give is justice, but that won't be easy.

\"You have to meet the elements of the offense,\" he said. \"You have to show this was not an accident, that this met the definition of a crime.\"

Chisholm said his office does not have the evidence that to prove that, which is why Tellis was not charged with negligent homicide.

Not satisfied with the explanation, Katherine broke down in tears during the brief face-to-face meeting with Chisholm.

\"I don't know what other evidence he needs,\" Katherine continued. \"Our family is hurting so bad and we need this closure.\"

The district attorney is setting up a meeting with all those involved to explain the decision in detail.

If nothing changes, Katherine said her fight criminal charges will continue.