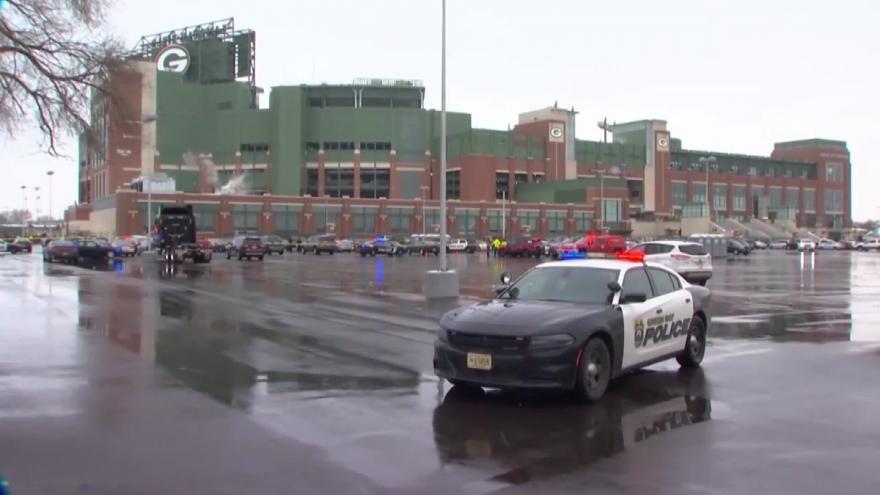 GREEN BAY, Wis. (WISC) -- There are an average of seven mass shootings a month, according to CNN, meaning four or more people are killed at the same time and location.

The 2017-2018 football season may have ended, but the Packers are already preparing for the worst.

All this month, police in Green Bay are taking part in active shooter training at the iconic Lambeau Field, updating their current emergency response protocol, which they call "outdated."

If police were responding to an active shooter at Lambeau, they not only have to think about big crowds and lots of cars outside, but also multiple entrances and officers spread throughout several levels inside.

That's part of the reason all Green Bay officers are going through mandatory updated active shooter training at the stadium, explained Green Bay Police Department Commander Paul Ebel. "What are our points of entry?" Ebel questioned. "How do we get to different offices? How do we get to the loading dock and different parts of the building?"

Between stadium renovations and new officer hires, police realized the need to update their emergency response plan. With just seven months to go until football season, they say now is the time to get that plan perfected, with the hope they'll never have to use it.

Throughout February, Green Bay police will expand their training to include law enforcement agencies from across the state because, in an emergency, multiple departments would respond.

For security reasons, no television cameras are allowed inside the stadium as officers train this month.