Grandma Accidentally Invites Stranger to Thanksgiving - and It Gets Better 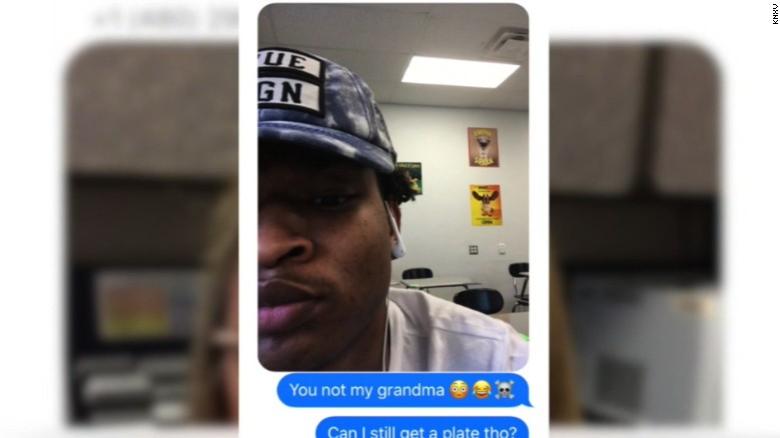 (CNN)--There's nothing like having a home cooked meal from grandma during the holidays. Even if it's not from your own grandma.

A woman in Mesa, Arizona, sent a text message to tell her grandson Thanksgiving dinner would be at her house at 3 p.m. this year. But she accidentally sent it to the wrong number.

Jamal Hinton, 17, was in class at Desert Vista High School when his phone went off with the invitation.

"I texted back and I said 'who is this?' And she was like, 'it's your grandma.' Hinton told CNN affiliate KNXV.

He assumed his grandma had a new number, so to be sure, he asked her to send him a picture.

So Hinton responded back with his own photo, showing that he was not her grandson.

But he was sure to ask if he could still grab a plate of Thanksgiving dinner.

To his surprise, she replied, "Of course you can. That's what grandmas do...feed everyone!"

Overwhelmed by the woman's kindness, Jamal posted the exchange online. But he forgot to remove her number from the screenshots.

So, according to The Arizona Republic, the grandma received about 600 text messages asking for a Thanksgiving plate.

The woman, who didn't want to be named, had to change her number but stayed connected with Hinton so she could send him her address. He's still welcome.

Hinton told KNXV, "People can actually connect and be so nice to each other with people they don't even know."

It's an act of kindness that fills both Hinton's stomach and heart.