Grafton names Jeff Caponera as its next police chief 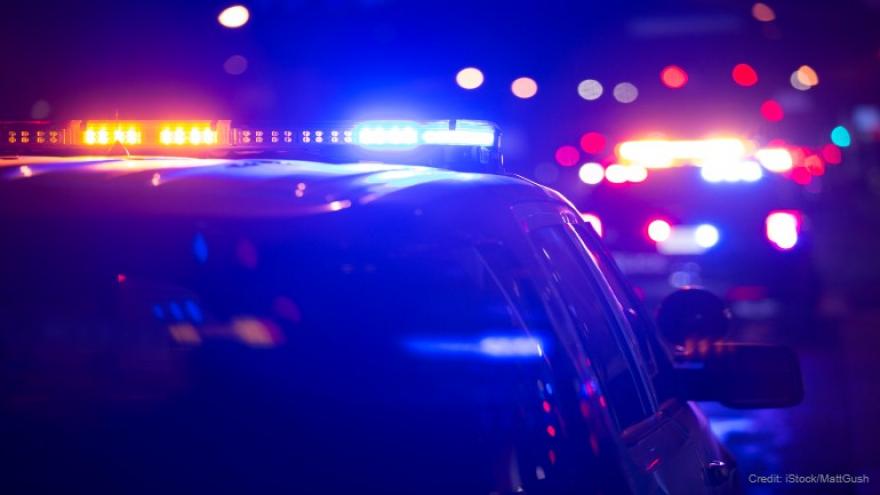 GRAFTON, Wis. (CBS 58) -- The Village of Grafton Police Department announced Jeff Caponera as its next Chief of Police Wednesday, July 22. Caponera will begin on Sept. 21.

The police department made the announcement on Facebook. The Police & Fire Commission selected Caponera last week and the decision was confirmed by the Village Board during its meeting Tuesday, July 21.

According to the Grafton Police Department, Caponera comes from the Anna, Texas Police Department where he served as Chief for the past several years. He also was a patrol officer in Denver. 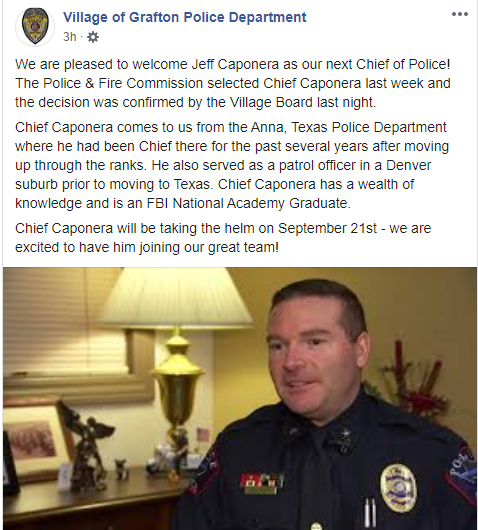