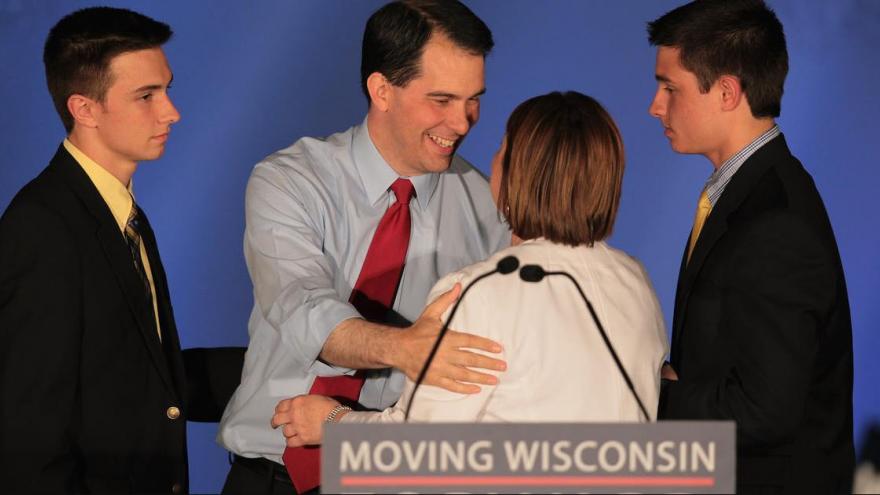 MADISON, Wis. (AP) — Wisconsin Gov. Scott Walker's 22-year-old son has reimbursed the state $25.08 after he was caught using a state van to help a friend move.

Alex Walker was in the van when it was pulled over by an officer from the Maple Bluff Police Department on August 18, about a mile from the Madison governor's mansion. No one was ticketed in the incident.

Maple Bluff Police Chief Tim Krueger said Friday the vehicle was stopped because there were two people in one seat, which is unsafe.

Department of Administration spokesman Steve Michels says Alex Walker reimbursed the full cost on September 19 and was reminded of the state's vehicle use policy.

Alex Walker did not immediately respond to a request for comment.