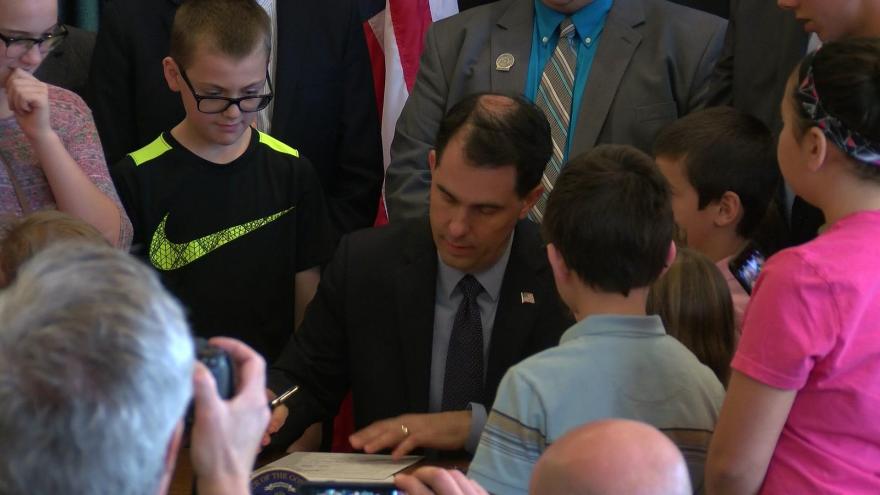 Surrounded by a group of young people, Governor Scott Walker signed a bill into law today allowing for the possession of CBD oil in Wisconsin.

\"This is really remarkable because out of the people in the state legislature, in both the State Assembly and the State Senate, there are 132 people who serve in Wisconsin state legislatures, in both parties and as I recall only one person voted against it.\"

This bill is a fix to 'Lydia's Law' which was signed three years ago. It's named after a young girl who suffered daily seizures and desperately needed CBD oil for treatment. Governor Walker signed the bill in Burlington, Lydia's hometown.