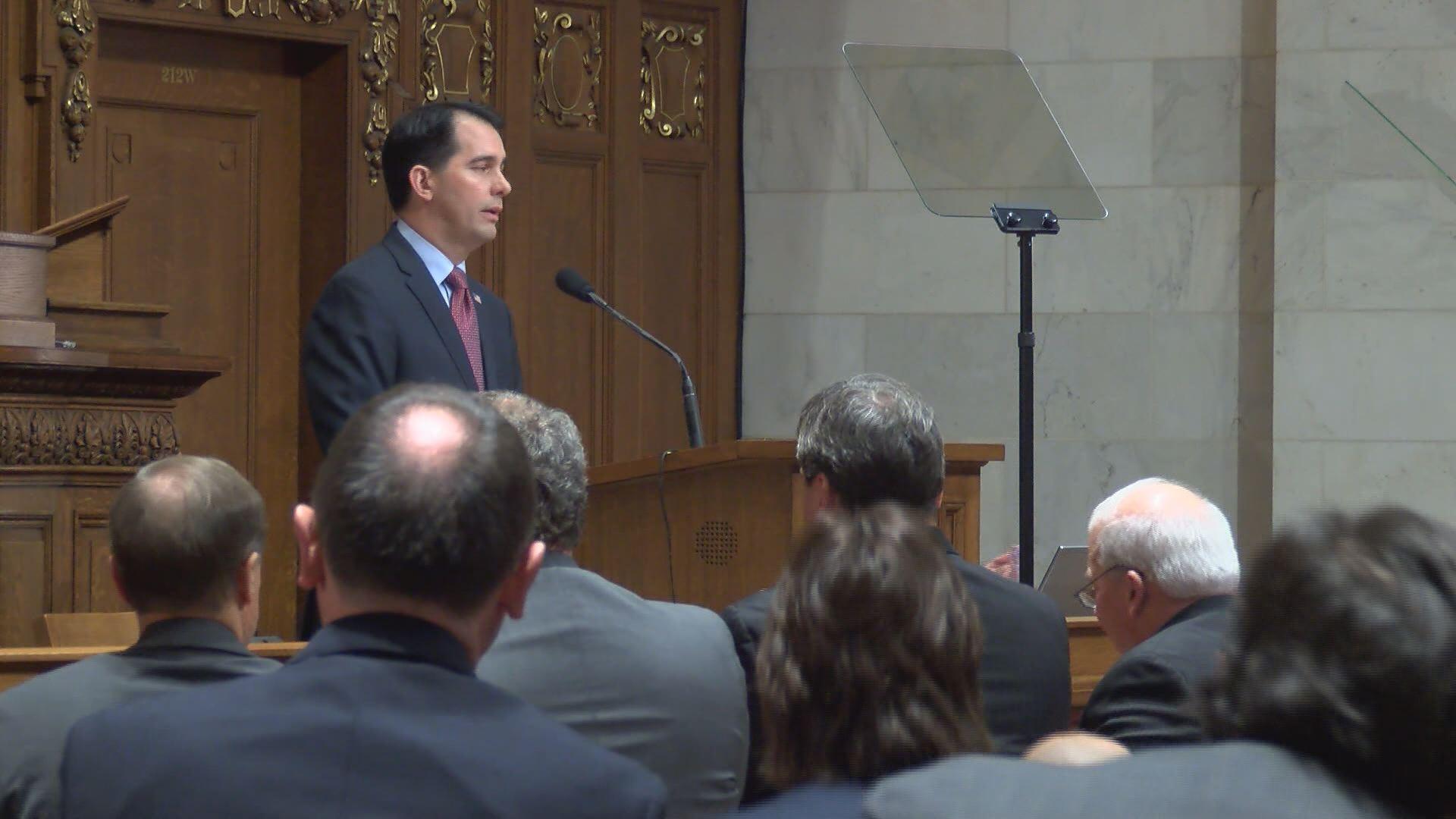 Despite talking for just 24 minutes, Governor Scott Walker laid out some of his plans for this year. Tuesday night, Walker gave his fifth State of the State speech in Madison.

Walker talked about merging a few state agencies to cut the size of state government, and told the Legislature to work on passing a bill to hold schools more accountable.

Also he told the Legislature he wants a separate bill that would allow the state to set standards for its own public schools.

“I also call on the members of the state Legislature to pass legislation making it crystal clear that no school district in the state is required to use Common Core standards. Going forward, I want to eliminate any requirement to use Common Core.” Walker said.

In last night's speech, Walker mentioned Washington just one time. Some legislators expected to hear him say it more since he's considering a run for president. He mentioned the Packers seven times, something that was criticized by Democrats as a way to gloss over real issues.