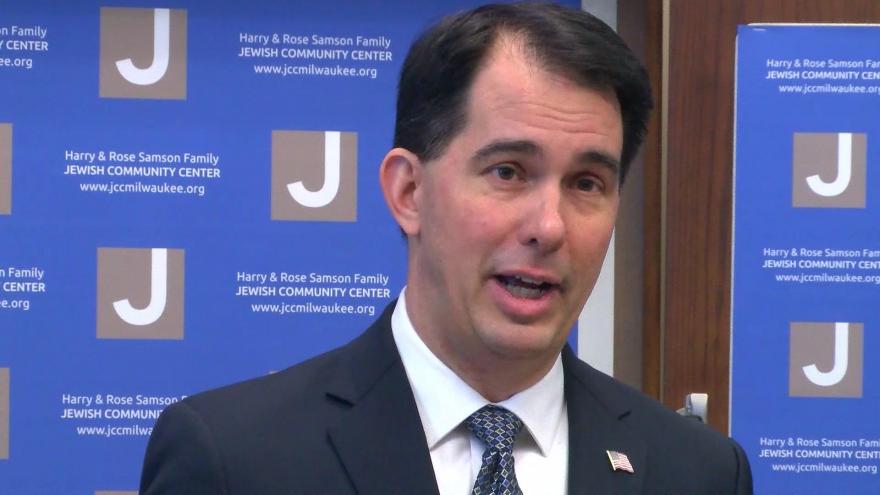 MILWAUKEE - The governor showed his support for the JCC after a wave of bomb threats across the country and right here at home.

The governor made a visit today to show that these threats to the JCC are taken seriously. He said everyone has the right to practice their faith without fear.

Just a little bit ago the governor did a walk through of the fitness center here at the JCC. He was joined by JCC president Mark Shapiro. The governor dropped in on a children's play class. Walker is the latest political official to make known his support for the Jewish Community Center here in Whitefish Bay.

"My intention of being here is to advocate for going forward...I'm less interested in looking backwards as much as forward to say what can we learn but we're gonna do everything in our power, work with local as well as state agencies," the governor said.

Walker said in the coming days he will make some announcements about what the state will do to help protect the JCC from threats.