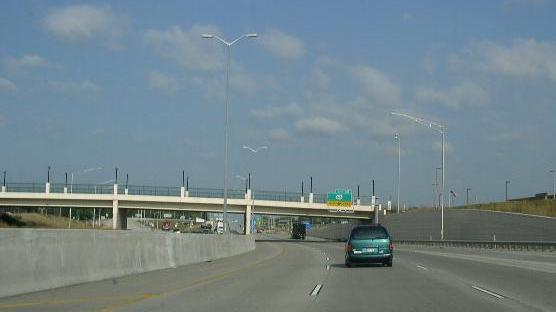 WASHINGTON – U.S. Transportation Secretary Anthony Foxx announced that the Department’s National Highway Traffic Safety Administration (NHTSA) and Federal Motor Carrier Safety Administration (FMCSA) propose equipping heavy-duty vehicles with devices that limit their speeds on U.S. roadways, and requiring those devices be set to a maximum speed, a safety measure that could save lives and more than $1 billion in fuel costs each year.

“There are significant safety benefits to this proposed rulemaking ,” Foxx said. “In addition to saving lives, the projected fuel and emissions savings make this proposal a win for safety, energy conservation, and our environment.”

The Department’s proposal would establish safety standards requiring all newly manufactured U.S. trucks, buses, and multipurpose passenger vehicles with a gross vehicle weight rating more than 26,000 pounds to come equipped with speed limiting devices. The proposal discusses the benefits of setting the maximum speed at 60, 65, and 68 miles per hour, but the Agencies will consider other speeds based on public input.

“This is basic physics,” said NHTSA Administrator Mark Rosekind. “Even small increases in speed have large effects on the force of impact. Setting the speed limit on heavy vehicles makes sense for safety and the environment.”

Motor carriers operating commercial vehicles in interstate commerce would be responsible for maintaining the speed limiting devices at or below the designated speed for the service life of the vehicle under the proposal. While the maximum set travel speed will be determined in the final rule, estimates included in the proposal demonstrate that limiting heavy vehicles will save lives.

Requiring speed limiting devices could also save an estimated $1.1 billion in fuel costs and millions of gallons of fuel annually. The public is encouraged to submit their comments on the proposed rule at www.regulations.gov.