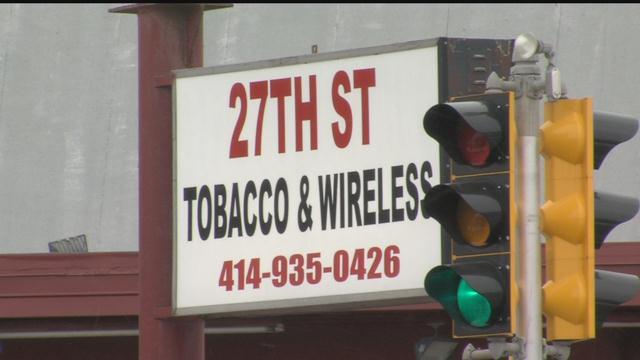 Milwaukee’s 27th Street Tobacco and Wireless was used as the prime example for why the new law was needed.

Before the bill became law, shop owners decided to pack up and leave after the city battled them for years.

The bill Gov. Walker signed Tuesday would make it easier for cities like Milwaukee, to push shops like 27th Street Tobacco out of town.

Supporters of the law say it closes the loophole that gave tobacco shops immunity from having their licenses taken away.

Milwaukee Officials said 27th Street Tobacco was a hub for crime, and police were called hundreds of times over the last few years.

The bill’s co-author, State Rep. Evan Goyke (D-Milwaukee) said, "I can tell you since that business has closed down crime is down I feel safer in my neighborhood and this tool won't necessarily shutdown tobacco stores but it will get them to engage in Public Safety and that we felt the neighborhoods throughout Milwaukee."

This bill was passed with bipartisan support, and Governor Walker signed it at Aurora Sinai Medical Center in Milwaukee.

Walker said, "This gives the City of Milwaukee the tools they need to crack down and make sure that crimes and other nuisances aren’t taking place on those properties, and it's one more step toward making for a better neighborhood."