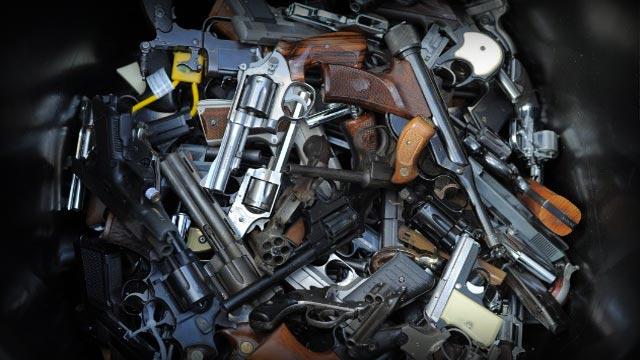 The Azana Spa shooting killed three women in Brookfield three years ago. The shooter was the estranged husband of Zina Daniel who bought a gun off of craigslist. Today Govenor Scott Walker repealed the 48-hour waiting period for hand gun sales, something domestic violence prevention advocates disagree with. They say the law was designed to catch someone about to commit murder. But Governor Walker disagrees.

Gov. Walker says, \"Show me the stories in the 40 states across America that show that trend, it's a nice theory but just doesn't work.\"

\"It's more likely to be a benefit to someone who is in a domestic violence situation because they won't have to wait for 48 hours.\"

Mayor Barrett says, \"What they're interested in doing is currying favor with the NRA.\"

Mayor Barrett says, \"If the proponents of this legislation and governor believe instant background checks are so effective, in going through registered fire arms dealers, then lets have them apply to all sales of guns.\"

Until then, the head of Sojourner, a domestic violence prevention group says we are taking a step back.

Executive Director Carmen Pitre says, \"We need to make sure abusers aren't getting access to guns to hurt the people in their lives and that background check is an important period.\"