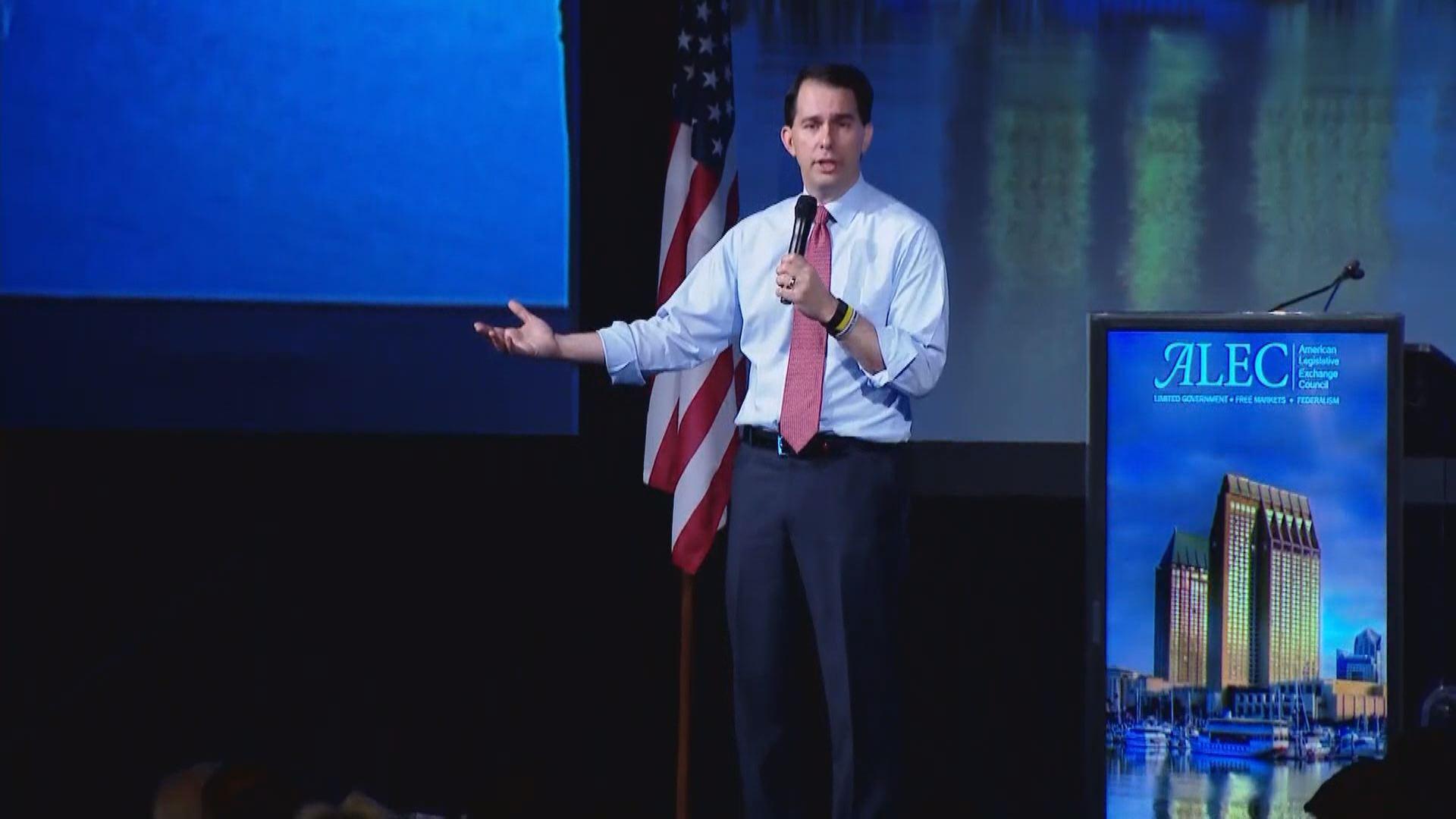 Governor Scott Walker has been hot on the campaign trail ever since he announced he's running for President last week. A campaign stop in San Diego Thursday has some pretty big implications on what kind of candidate he's going to be.

The Governor spoke at the American Legislative Exchange Council's year convention in California. The organization is more commonly known as ALEC, and is widely criticized by Democrats.

The organization says it helps bring state legislators together with private sector leaders in order to discuss public policy. The group offers pieces of model legislation that can be incorporated into bills, but says it does not push that legislation.

ALEC is criticized by Democrats as being a group that helps create bills increasing corporate profits at the expense of the lower and middle class. That's strongly disputed by the group's members.

UW-Milwaukee professor Mordecai Lee says Walker is making a clear point by speaking at the conference.

\"Governor Walker is clearly putting a marker down by saying I’m a conservative; I agree with the kind of positions ALEC promotes and this is what I stand for. And it's possible that will be a winning formula for Iowa, New Hampshire and South Carolina.\" Lee said.