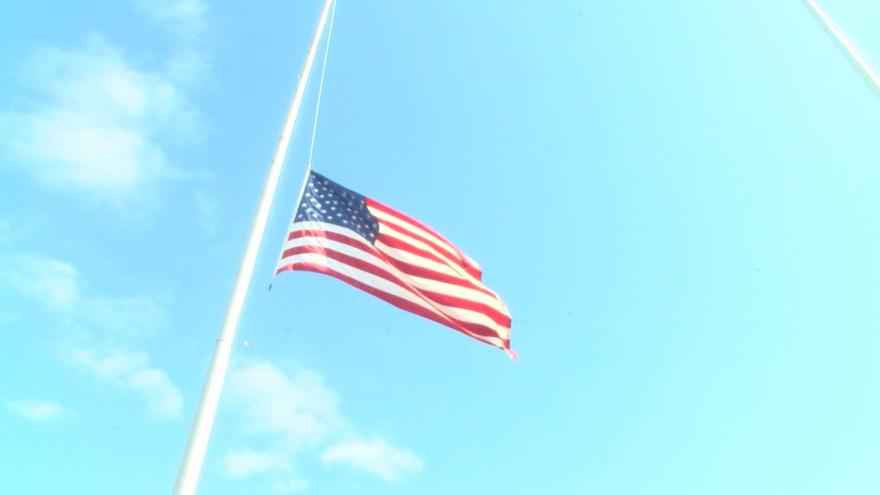 MADISON, Wis. (CBS 58) -- Gov. Tony Evers has signed Executive Order #131 ordering the flags of the United States and the state of Wisconsin to be flown at half-staff on Sat., Sep. 11, 2021, in honor of the Barber brothers, Navy Fireman 1st Class Malcom J. Barber, Fireman 1st Class Leroy K. Barber, and Fireman 2nd Class Randolph H. Barber of the United States Navy, who lost their lives during the attack on Pearl Harbor. The Barber brothers will be laid to rest with full military honors at Most Precious Blood Cemetery in New London, Wisconsin, on Sept. 11, 2021.

“The story of the Barber brothers and their family is a tragedy that has been a source of pain for the New London community, our state, and our country now for the better part of a century,” said Gov. Evers. “I am grateful for the work of many now nearly 80 years later who helped bring these brothers home.”

A news release from Gov. Evers' office says, the Barber brothers of New London, Wisconsin, lost their lives aboard the USS Oklahoma on December 7, 1941, during the attack on Pearl Harbor in World War II. The ship, which was moored at Ford Island, Pearl Harbor, was attacked by Japanese aircraft and sustained multiple torpedo hits that quickly capsized the boat, resulting in the deaths of 429 crewmen, including the Barber brothers. Navy personnel recovered the remains of the deceased crew between 1941 and 1944 and unidentified remains were interred at the National Memorial Cemetery of the Pacific in Honolulu, Hawaii. In 2015, the Defense POW/MIA Accounting Agency exhumed the USS Oklahoma Unknowns for scientific analysis and possible identification, at which time, the DPAA laboratory identified the brothers. The Barber brothers' remains were accounted for on June 11, 2021.

Executive Order #131 is in effect from sunrise to sunset on Sat., Sep. 11, 2021, and is available below. As he has done each year, the governor will likewise issue a forthcoming order requiring flags to be flown at half-staff for the anniversary of the attacks on Sept. 11, 2001, but he felt it was important to specifically honor the Barber brothers and their return.