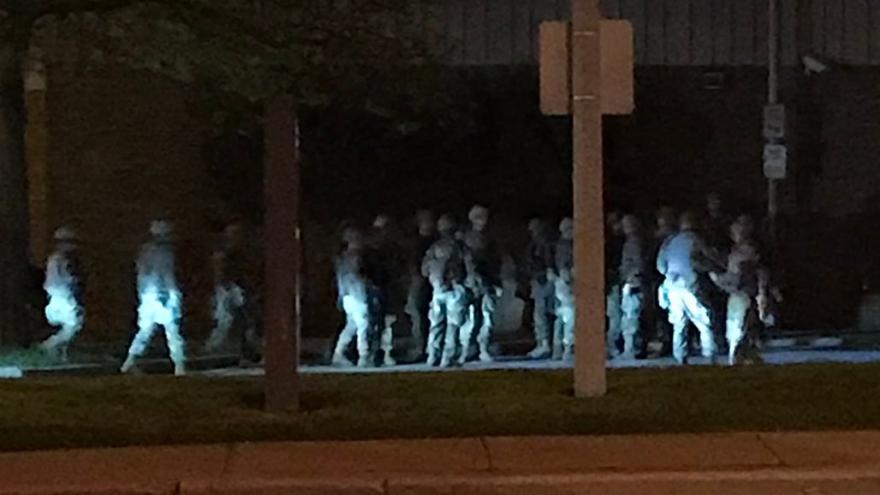 MADISON, Wis. (CBS 58) -- Gov. Tony Evers on Tuesday, June 9, announced the Wisconsin National Guard has concluded its mission to preserve public safety and protect the rights of protesters and the media as peaceful demonstrations occurred around Wisconsin following the murder of George Floyd.

In coordination with local leaders, nearly 1,500 troops mobilized over the last week in response to requests for Wisconsin National Guard assistance.

Approximately 125 troops originally mobilized to state active duty the evening of May 30 in Milwaukee when civil authorities in Milwaukee requested the Guard's assistance.

“This is a watershed moment for our nation, one that requires everyone being willing to come together. I am encouraged by the peaceful protesters who continue to make their voices heard and demand change, and I am grateful for the citizen soldiers of the Wisconsin National Guard whose important mission helped keep our communities safe,” said Gov. Evers.

“I am appreciative of the role the Wisconsin National Guard played in Milwaukee. We were grateful to have their assistance in protecting the rights of people to petition their government and assemble peacefully,” said Milwaukee Mayor Tom Barrett.

“What we have seen in our community over the past several weeks is a call for radical, much needed change. I thank the organizers on the ground who remained peaceful while exercising their right to assemble and make their voices heard. I also recognize the citizen-soldiers of the Wisconsin National Guard for their cooperation in addressing the rapidly evolving events over the past week,” said Milwaukee County Executive David Crowley. “As we move forward, Milwaukee County is determined to examine its own policies and practices to advance racial equity and justice. The time for action is now.”

The Guard concluded its missions in Green Bay and Racine on June 8, while additional troops remained on duty to support Madison into the evening of June 8. The Guard's mission to support civil authorities in Kenosha concluded last week.

Approximately 10,000 Soldiers and Airmen make up the Wisconsin National Guard. More than 1,200 remain mobilized across Wisconsin supporting the state's response to the COVID-19 pandemic, and more than 500 are mobilized in places like Afghanistan, Ukraine, the Middle East, and the Horn of Africa in support of the Guard's federal missions overseas as the primary combat reserve of the Army and Air Force.