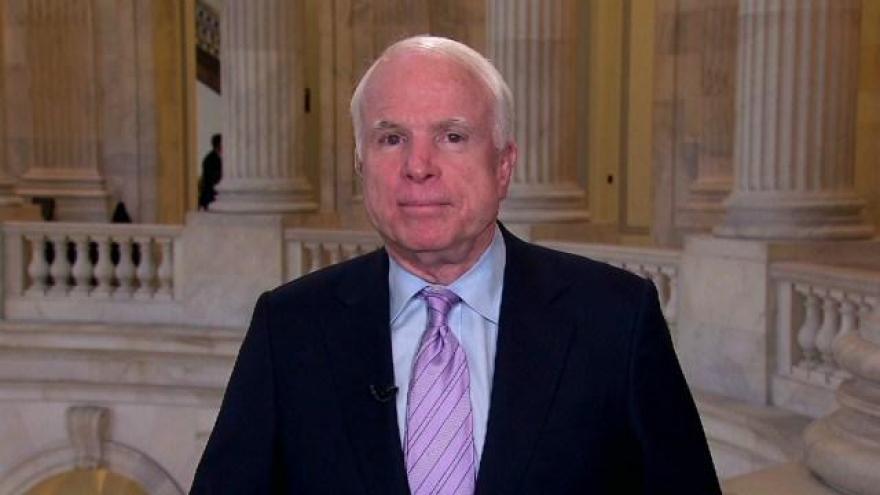 "I'm disappointed I didn't more eloquently express my sympathy for what Senator McCain is going through. I have nothing but respect for him and the vote came at the end of a long day for everyone."

Johnson's comments in a radio interview Tuesday with AM560 "Chicago's Morning Answer" drew a response from McCain spokeswoman Julie Tarallo. She said, "it is bizarre and deeply unfortunate that Senator Johnson would question the judgment of a colleague and friend."

McCain said he voted against the bill last month because it fell short of the Republican promise to repeal and replace Barack Obama's Affordable Care Act with meaningful reform.

Johnson said in the interview McCain had "a brain tumor right now. That vote occurred at 1:30 in the morning. Some of that might have factored in."