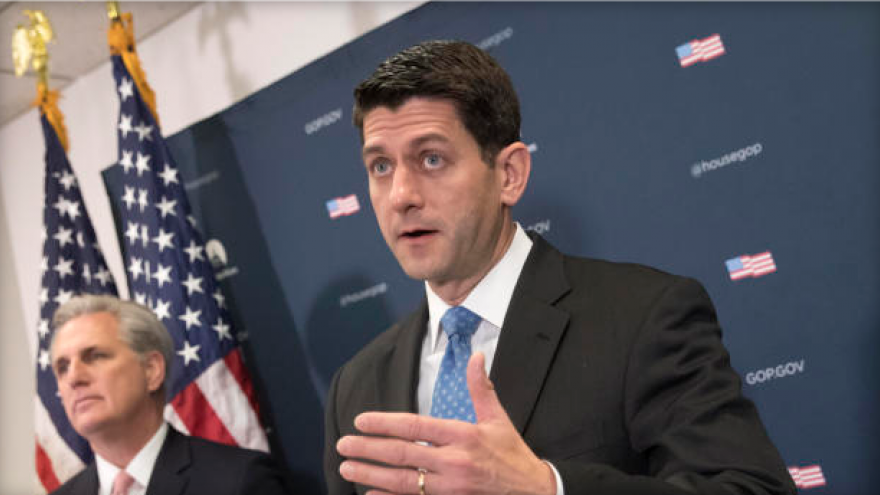 Instead, it would create tax credits worth up to $4,000, allow bigger contributions to personal health savings accounts and impose a new levy on expensive health coverage some employees get at work.

Still, it provides some new details of Republican thinking and reaffirms others, such as blocking federal payments to Planned Parenthood for a year.

It also shows Republicans have begun translating their ideas into legislative language, even as they continue their seven-year struggle to unify their party behind a bill repealing Obama’s 2010 overhaul.

Though just a preliminary document, the package drew quick criticism from Democrats.

“This isn’t a replacement, it’s a recipe for disaster,” said Senate Minority Leader Chuck Schumer, D-N.Y. He said it would “put insurance companies back in charge” while boosting health care costs for millions and kicking millions of others off their plans.

Congressional leaders say they want committees to write legislation reshaping the nation’s health care system in March. That represents slippage from earlier suggestions by President Donald Trump and GOP leaders of quicker action, reflecting internal Republican disagreements about what to do.

It is uncertain how their plans will be affected by this week’s town halls during Congress’ recess where GOP lawmakers were confronted by noisy defenders of Obama’s law.

According to the Republican draft, insurers could charge older customers five times more than what they charge younger ones, who are generally healthier and less costly to cover. That ratio is limited to 3-1 under Obama’s statute.

The GOP plan would end an expansion of Medicaid to people just over the poverty line that has been adopted by 31 states - many with Republican governors - and has led to coverage of 11 million additional low-income people.

Overall, Medicaid serves more than 70 million people who automatically receive coverage for much of their medical care. Under the GOP bill, Medicaid spending would be curbed by providing states fixed annual amounts per beneficiary.

The tax penalty on people who don’t purchase policies would be eliminated, as would federal subsidies for lower earners who buy insurance.

Instead, those who don’t get coverage at work or under government programs would get annual tax credits based on age, growing from $2,000 for people under age 30 to $4,000 for those age 60 and over. Republicans would also make it easier for people to contribute more money to health savings accounts.

Under Obama’s overhaul, people with lower incomes currently get larger subsidies. Democrats say the GOP proposals would leave people short of what’s needed to afford medical bills and that most are already too strapped to save money.

The GOP proposal would also:

-Repeal taxes Obama’s law imposed to pay for its coverage expansions including on health insurers and pharmaceutical companies, investment income of higher earners and on many medical devices.

-Tax partial value of health coverage that people get at work if their plan ranks among the costliest 10 percent in the nation.

-Provide $100 billion over 10 years for grants to states to restrain health costs.