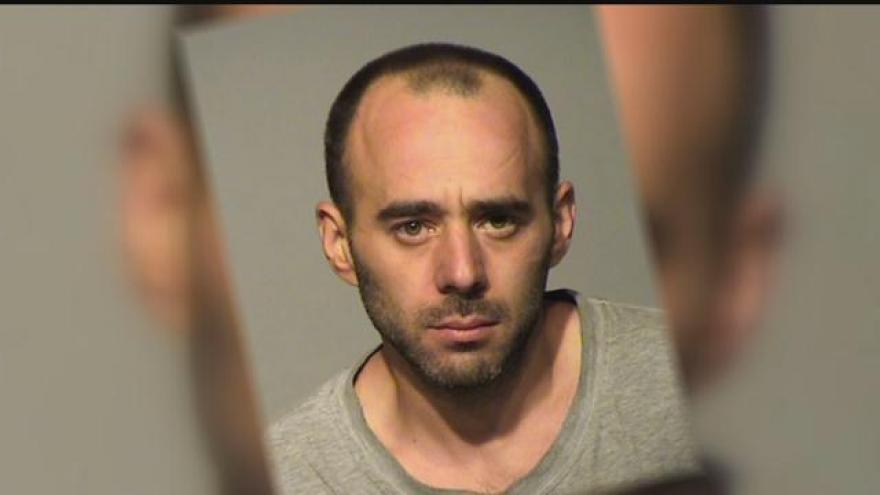 Sylvia Timmler recalled the day last Monday at a Pick 'n Save near 76th and Cold Spring.

She was putting groceries in her back seat when all of a sudden, she said, \"someone came behind me and threw his arm around my chest and left shoulder. I had my purse in my left hand. He grabbed it very quickly and off he went.\"

The crime caught the eye of a husband and wife, who drove up to ask Timmler if she had just been robbed. Answering yes, she said they took off after the suspect and called 911.

\"The car just turned right on to 76th and they're going south,\" said a woman to the dispatcher.

The witnesses followed behind them while on the phone with dispatchers, giving them directions and what the car looked like since it didn't have any license plates.

\"It's a Saturn, a red Saturn, four door car,\" the woman said to the dispatcher.

\"People taking these steps to go after an elderly female to steal her purse for a few dollars just for their heroin fix says a lot about how bad it is,\" he said of the opioid epidemic.

From now on, Timmler said she'll be more aware of her surroundings and will not carry a purse to the store anymore.

\"I take a small little leather pouch-like with my credit card, my driver's license and a small amount of money,\" she said.

The witnesses will be rewarded by Greenfield Police for going above and beyond. Timmler is grateful to them and hopes to one day tell them in person.