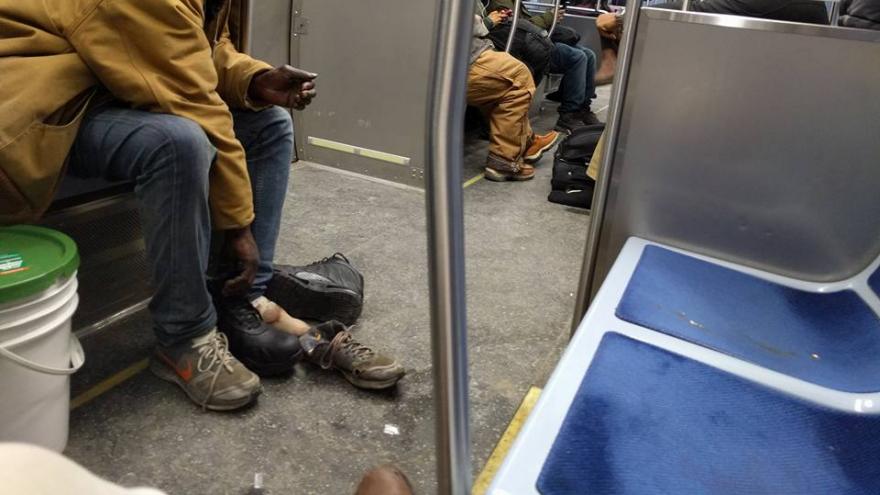 CHICAGO (CBS) — A man riding the CTA gave a homeless man the shoes off his own feet, and the act of kindness is getting a ton of attention on social media.

“I usually don’t even post things publicly, but this was the type of post that I wanted people to see,” said Jessica Bell, who witnessed and captured the exchange on the Red Line.

Bell took a picture of a homeless man taking off worn, holy sneakers and putting on a pair of warm winter boots, which were given to him by a stranger.

“He was bleeding through his socks. So my gut said, take them off and give them to him,” Maurice Anderson said. “I asked him what size shoe he wears. He said 12. I wear 12, as well.”

Anderson, a single father from Chicago, recently took a job as a service technician to make ends meet. He was returning to Chicago Friday evening after working in Kentucky for the week. He had an extra pair of shoes in his luggage.

“He literally, in the moment, took the shoes off of his feet and just handed them over,” she said. “It was just so selfless. It was so quiet. It was so humble — was really what touched me about what Maurice did.”

Bell says she’s heard from people as far away as India after they saw her post. She hopes the message of kindness continues to spread, and others are inspired by Anderson’s actions.