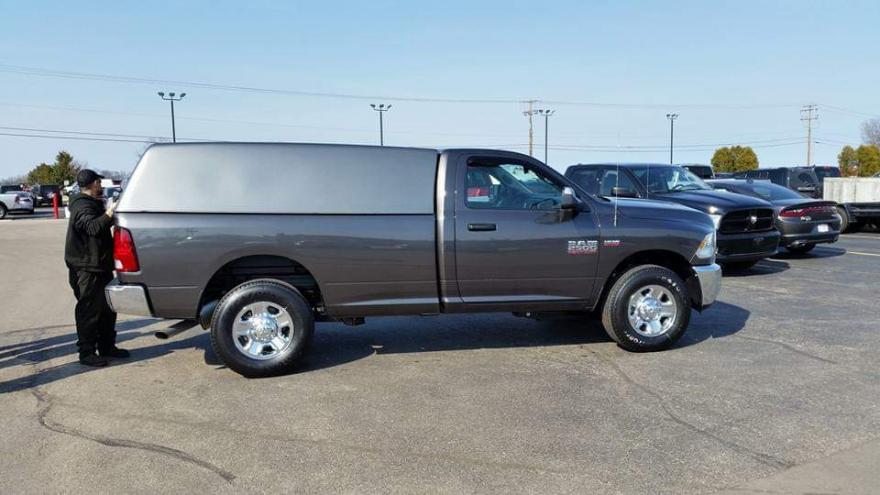 WASHINGTON COUNTY, Wis. (CBS 58) -- The man who said he pulled over to help the motorist and then had his vehicle carjacked at gunpoint, made the entire story up -- according to the Washington County Sheriff's Office.

The sheriff's office said as the investigation into the carjacking evolved, they developed several inconsistencies of his accounts. Authorities said the victim recanted his story and indicated he made it up for financial gain.

"The initial information rightfully upset people to think that a Good Samaritan could have been victimized like that," said Washington County Sheriff Martin Schulteis. What is equally distressing is the sociological impact this false allegation has given individuals to help others who truly need help. The alleged victim in this case is now the suspect in an obstructing investigation.”

The sheriff's office still thanks those who contacted their office to assist in the investigation.

WASHINGTON COUNTY, Wis. (CBS 58) -- Washington County officials are seeking help into an armed carjacking that took place Saturday, Feb. 29 on a southbound off-ramp of I-41.

A 57-year-old Muskegon, Michigan man, pulled over in front of the Buick to help. Officials said as the suspect walked up to the victim's truck, opened the door, pointed a handgun and ordered him out of the vehicle. At the same time, another person inside the Buick fled southbound on I-41.

The victim's vehicle is a silver, 2016 Dodge Ram with a Wisconsin plate of LB4966. If you see the vehicle, officials say do not confront the driver and call 911.

Anyone with information on this carjacking is asked to contact the Washington County Sheriff's Office at 262-335-4420.

Sheriff Martin R. Schulteis said of the crime, “Criminal predators like this need to be held accountable for their actions. The sheriff’s office will be utilizing all resources available to us. In this case a firearm was pulled on an innocent victim who was only trying to be a Good Samaritan to the very individuals that wronged him. We want to ensure these individuals do not victimize anyone further and that is why we are asking for the public’s help.”

The sheriff further stated, “With the proliferation of dash cameras in vehicles it is possible a citizen has critical footage that could clear this disturbing case. We want to alert the public before that footage may be gone.”