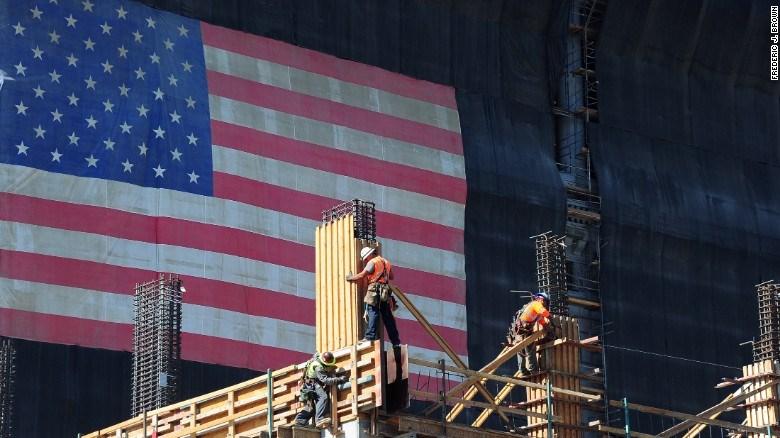 The U.S. economy added 211,000 jobs in November, a solid gain that likely means the Federal Reserve will raise interest rates later this month. The jobs gains exceeded expectations. Economist surveyed by CNNMoney predicted there would be 192,000 jobs added.The unemployment rate stayed steady at 5%, its lowest level since 2008.

November's strong hiring is a reassuring sign that the job market is heading in the right direction. In September, there were concerns that job growth was slowing. But October's job gains were strong and Friday's news keeps the economy on the right track.

Wages also showed signs of life. Average hourly earnings rose 2.3% in November compared to a year ago. That's not as good as wage growth in October -- which hit a 6-year high -- but it's better than wage growth earlier this year.

This month's jobs report is very important for the Federal Reserve. The Fed's committee meets in December 15-16, and it could raise its key interest rate for the first time in nearly a decade. Rates have been stuck at zero since the financial crisis in 2008 in an effort to boost the economy. That stimulus no longer looks necessary.

The November jobs report was the last major hurdle for the Fed. The solid hiring appears to clear the way for a rate hike, but the Fed will be tight-lipped until its announcement December 16.

Stock market futures rallied Friday morning, a sign that investors may be ready for the Fed to "lift off."

Fed Chair Janet Yellen summed up the importance of the first rate hike in a speech Wednesday.

It "will be a testament...to how far our economy has come in recovering from the effects of the financial crisis and the Great Recession," Yellen said.