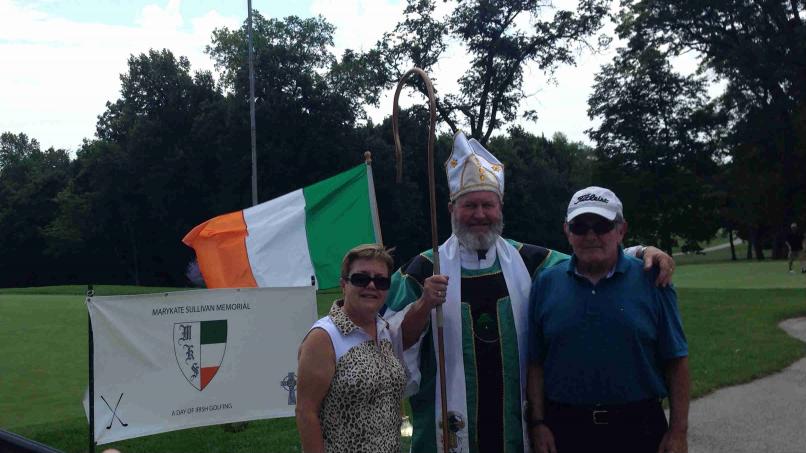 They were there in memory of Mary Kate Sullivan, the daughter of retired Milwaukee Police Department Sgt. Bill Sullivan.

The money raised through the golf, raffle and dinner will go to the Juvenile Diabetes Research Foundation.

When Mary Kate was diagnosed at the age of four, the doctors told her parents there would probably be a cure in ten years.

That cure never came. Mary Kate went blind at 19. Still, she joined the family on the golf course to play their favorite game.

That's why one of the fundraising activities at the outing was blind putting.

Mary Kate would also go on to earn a bachelors and master's degree.

Her best friend Angela Sidebottom asked her parents if it would be alright to do something in her memory but that would also help others.

Her parents loved the idea and the community has responded, help organize the collection of donated items that are part of a raffle during the event.

In the back of everyone's minds on this sunny Sunday, all the potential that was robbed from this young lady.

According to the JDRF the average life expectancy of a patient can be reduced by 20 years because of the toll it takes on the organs.

The golf outing is also about a celebration of life and now Mary Kate's legacy so that  young children never had to experience what she and her family endured.

CBS 58's Michele McCormack was honored to be part of the festivities and greeting the golfers before they set out for the day.

She was joined by Milwaukee's St. Patrick, Pete Fleming, retired from MPD and who was hand selected by the Shamrock Club of Wisconsin to represent the Patron Saint of Ireland at functions of fellowship and charity that oftentimes involve the Irish and Irish American community.