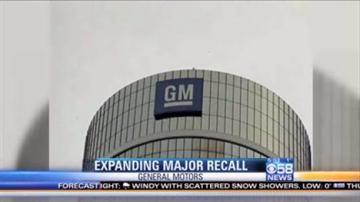 DETROIT -- General Motors has expanded a recall of several of its vehicles because of faulty ignitions.

The automaker says it now knows of more deaths related to the issue.

The ignition switch can cause the key to slide into the \"off\" or \"accessory\" position, turning off the engine.

In addition to the Chevy Cobalt and Pontiac G5 and Pontiac Pursuit, the recall now includes the Saturn ION, Saturn Sky, Chevy HHR, and Pontiac Solstice.