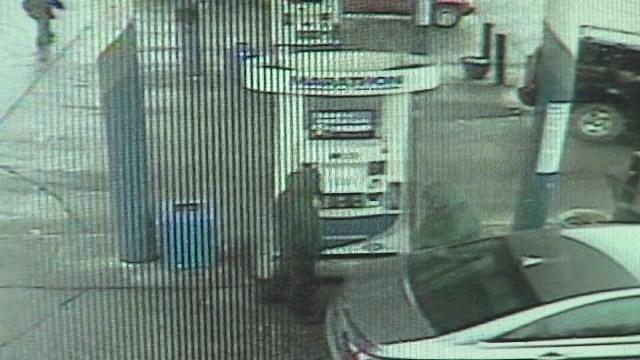 Milwaukee Police say on Thursday morning around 8:30 a.m., a 53 year old Glendale man was filling up at the Marathon on 13th and Morgan in Milwaukee. In the surveillance video CBS 58 obtained from the station, you can see the suspect, dressed in a black hoodie, approaching the customer. It's hard to tell what happens, but according to police, the suspect pulls out a gun on the man and demands his keys. In the video it looks like the two men exchange words and the suspect walks away, but then he turns around, and goes back to find the 53-year-old pointing the gas nozzle at him. After the suspect backed off, the man was able to get in his car and write down the suspect's license plate before leaving. He turned that information into police who were later able to arrest the man, a 30-year-old Milwaukee resident. Police also say he stole the car he was found driving.MPD will present charges in both cases in the coming days to the Milwaukee County District Attorney's Office.