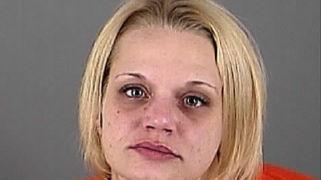 Katie Wiedenbeck, the girlfriend of the naked man who rammed his truck into a Waukesha squad, has been charged with possession of narcotic drugs, possession of THC and possession of drug paraphernalia.

Officers entered the apartment and spoke with Wiedenbeck about events that led up to Erickson’s arrest. Officers observed Wiedenbeck was having a hard time standing up, appeared disoriented and had slurred speech.