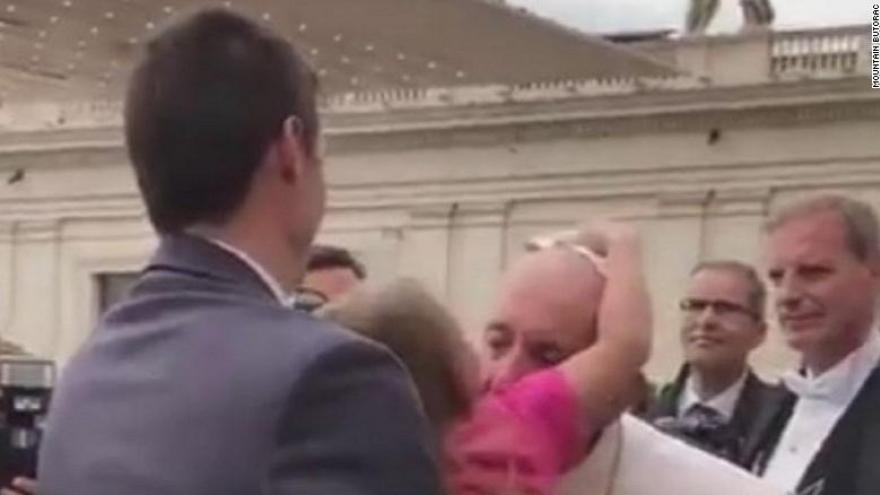 When her family took her to meet Pope Francis after his Wednesday audience, she tried to steal his skullcap!

Video shows a Vatican aide, known as a Papal Gentleman, lifting Estella to meet the Pope.

As the Pope plants a kiss on Estella, she reaches for his zucchetto and plucks it off his head.

Took my Goddaughter to meet the pope. She stole his hat! pic.twitter.com/SdSorop3uN

"Right before she went up she was a little nervous," her godfather Mountain Butorac told CNN. "Then she stole his hat. It was hilarious. Everyone was laughing, including the Pope."

Estella is visiting her godfather with her parents from Atlanta.

"It's her first full day in Rome. Who knows what she will get up to tomorrow," Butorac joked.