Girl Found in Barrel May Be from Wisconsin 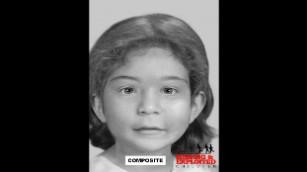 A girl found in a barrel in Allenstown, New Hampshire in 2000 may be from Wisconsin, according to National Center for Missing and Exploited Children.

In 2000, additional victims were found in barrels in the same area.

The third victim is believed to have been between 2 to 4 years-old and is a white female. There is no known family relationship on maternal side.  Isotope testing suggests that the middle child may have been from New York, Michigan, Minnesota, North Dakota or Wisconsin.

Isotopes are chemicals that are in drinking water and local food that a body absorbs. Scientists can tell where a person was born and has lived based on the ratio of the Isotope levels. Different areas in the country have different Isotope levels based on the water supply. Hair, teeth and bone are tested to determine the level of Isotopes.

The fourth victim is believed to have been 2-4 years old and is a white female.

Three of the four victims are believed to be in the same family.

The adult, 9-10 year old and the 2-4 year old share a family relationship on the mom’s side of the family.

Due to new scientific data, National Center for Missing and Exploited Children believed  the 2-3 year old spent the majority of her life in a different location from the other three victims.

However, the last several months to several weeks all four victims were together or in close proximity to each other.