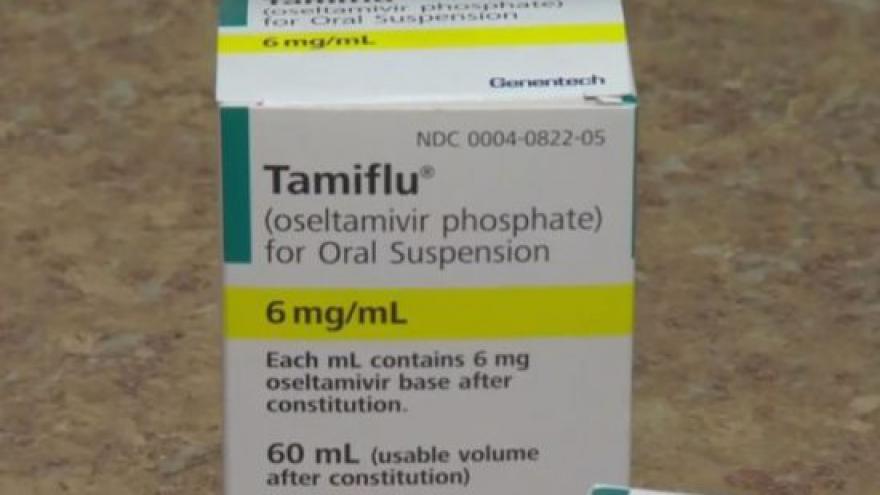 ALLEN, Texas (CBSDFW.COM) – A North Texas family says their daughter’s side effects from the popular drug Tamiflu were beyond what they ever could have imagined – and left them saying never again.

Like so many others, the 6-year-old’s flu diagnosis that came with a choice: whether or not to take Tamiflu to speed up the course of the dreaded illness.

The family from Allen, who wants to remain anonymous, says the side effects were stunning: hallucinations, running away from school and an attempt, they believe, to hurt herself.

“The second story window was open, which is in her bedroom, and she used her desk to climb up onto it, and she was about to jump out the window when my wife came up and grabbed her,” her father said.

They took her to the hospital, where a doctor informed them that nervous system problems – including psychosis – can be a very rare side effect of Tamiflu. Emergency room physician Dr. Glenn Hardesty, with Texas Health Prosper, says it’s very rare but can happen.

“Less than 1 percent is what’s listed in the data sheet,” he said. “I’ve been in practice 20 years, and I haven’t seen that particular complication.”

It is written in the fine print, and Dr. Hardesty says there’s always a chance of a side effect with any drug. The little girl’s parents say they wish they had known.

“I don’t think the 16 hours of symptom relief from the flu is worth the possible side effects that we went through,” her father said.

His message for parents: do your homework before taking Tamiflu – or any drug.

“Know that side effects are there for a reason. They’re written down for a reason. I guess they can happen, and we got the short end of the stick,” her father said.