Girl, 17, Missing After Police Find Three Bodies at Her Home in California 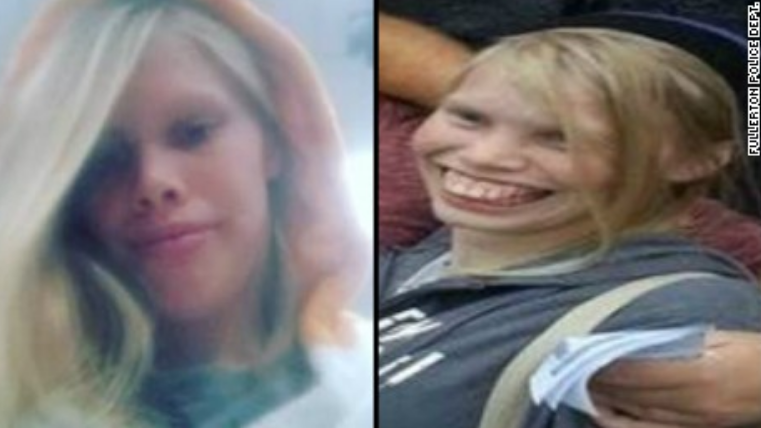 (CNN) A 17-year-old girl is missing and believed to be in danger after police found three bodies at the home where she lived in Southern California.

Police rushed to a house in Fullerton on Saturday after a child called dispatchers and said her parents had died, authorities said.

When they arrived, they found two men and one woman dead at the home, the Fullerton Police Department said in a statement. They also found two children, who were unharmed.

Authorities determined that a third minor, Katlynn Goodwill Yost, 17, lived at the home, but was nowhere to be found.

Police did not release any information on how they are related, but a neighbor told the Orange County Register that the couple who lived there had three children -- a teen and two others between ages 7 and 9.

"Detectives have spent the day searching for Katlynn, but have been unsuccessful in locating her," the statement said. "We are asking for the public's help in locating Katlynn, who is now described as a missing/at risk person."

Preliminary information indicates it's a multiple homicide, according to authorities.

Katlynn is described as 5-foot-6, weighing about 150 pounds, with strawberry blonde hair and dark-colored eyes.

Fullerton is about 30 miles from Los Angeles.