Girl, 12, beaten and stabbed to death; suspect in custody 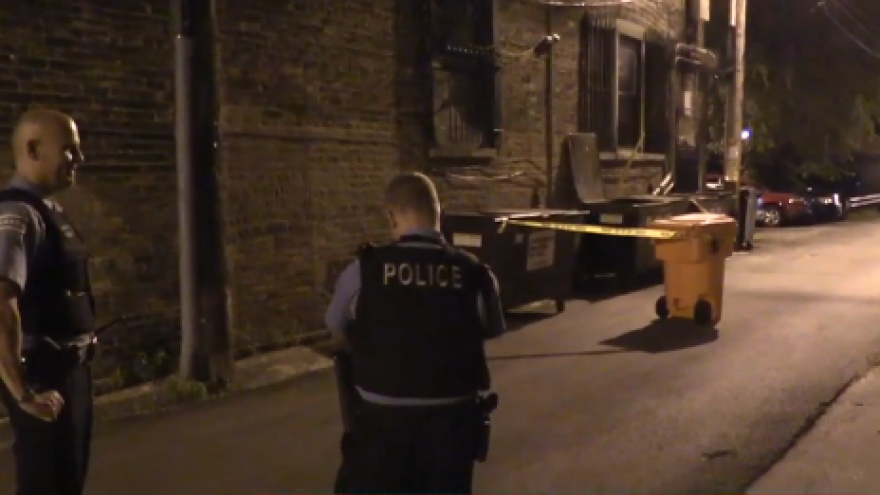 CHICAGO (CBS) — A suspect was in custody after a 12-year-old girl was beaten and stabbed to death in the Sheridan Park neighborhood Sunday night.

Alexis Stubbs lived with her mother near Beacon Street and Wilson Avenue. Police said her mother’s boyfriend or ex-boyfriend got inside their apartment around 10 p.m. Sunday, and a fight broke out. The girl was stabbed and suffered blunt trauma during a domestic dispute, according to police.

The girl was rushed to the emergency room at Advocate Illinois Masonic Medical Center, where she was pronounced dead at 10:46 p.m.

Police had been searching for the mother’s boyfriend for about six hours, until a detective found him hiding in a porta-potty at a nearby construction site.

“Detectives have been monitoring his phone, and his phone was pinging not too far from here, and they got out of their car. They started searching on foot. So I give credit to detectives for going to a construction site where it was pinging at, and that’s where they found this individual over there hiding,” crisis responder Andrew Holmes said.

Holmes said what happened to the girl was particularly reprehensible.

“To me, the little girl was tortured, and she suffered, so we’re going to try to help that family, but at the same time, we’ve got to see what led up to this; because, see, even if you’re in a domestic [dispute], you shouldn’t take it out on the children. Just simply walk away,” he said.

It was not immediately clear what triggered the attack, but Holmes said the boyfriend did not live in the home, and the girl’s mother was not there at the time.