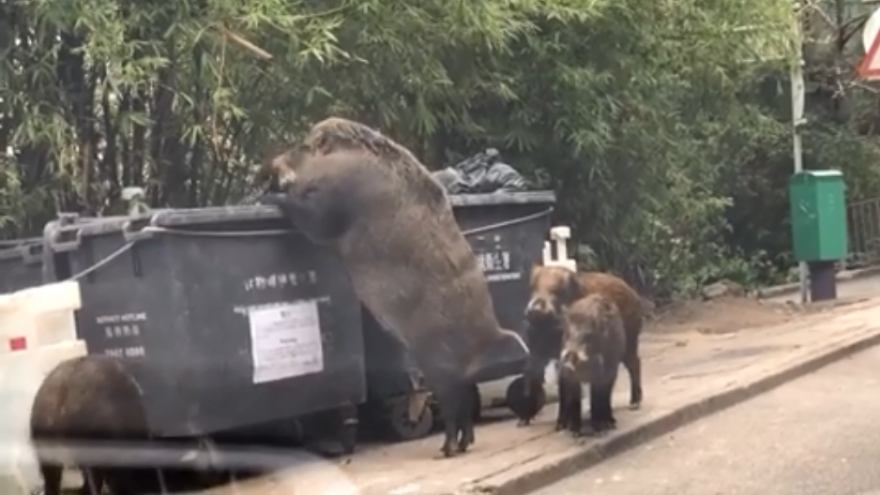 An enormous wild boar was caught on camera rifling through a garbage dumpster outside a school in Hong Kong. Video of the encounter posted on Facebook has gone viral, with thousands of shares and comments.

The video shows the feral pig standing on its hind legs as three younger piglets standing around the dumpster eagerly awaiting a bite to eat. The adult pig grabs trash bags in its mouth, trying to free the delicious garbage from the confines of the dumpster. The clip cuts off before viewers can see if the beast was successful in its efforts.

Comments on the post, which was uploaded by user Tu Dongdong with a caption that translates to "pig king," indicate the dumpster was outside a primary school in Hong Kong. The video has been shared more than 4,700 times.

Wild boar are common in the hills around Hong Kong. The beasts can weigh up to 450 pounds and often venture into the city in search of food,

CBS News could not immediately confirm the location or when the footage was captured.