Giannis listed as 'doubtful' for Game 1 of the NBA Finals 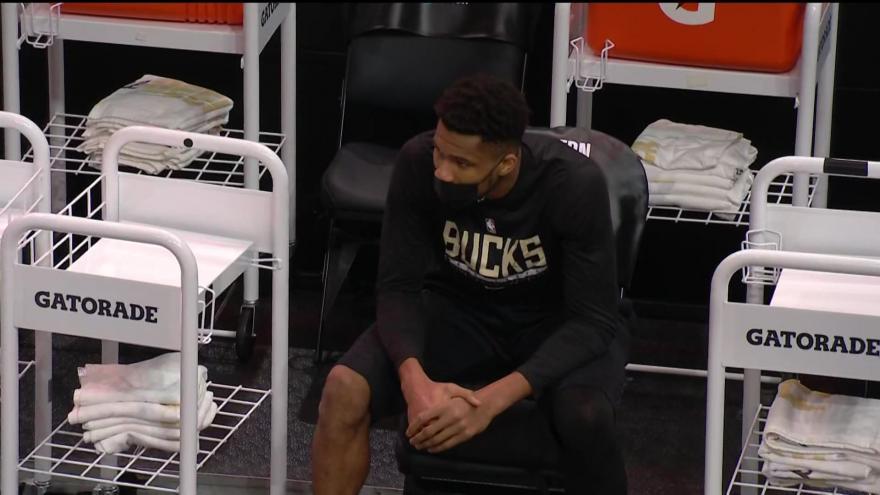 Giannis is listed as doubtful for Tuesday's Game 1, the same status update we've gotten about Giannis every game since he hurts his knee in Atlanta last week.

We've heard Giannis would be day-to-day throughout this Finals series, but he was one of the main topics in Monday's NBA Finals media day.

"Don't rush back and put yourself at a greater risk for a greater injury," said Khris Middleton. "But he's a guy who puts so much time and effort into his body to be the best version of himself also."

"With or without Giannis, we know we just have to go out there and play Bucks basketball. We're going to have to play great team basketball, rely on each other, play together and again, play great defense," said Brook Lopez.