Giannis bobblehead to be given to first 35,000 fans at Brewers game Sept. 11 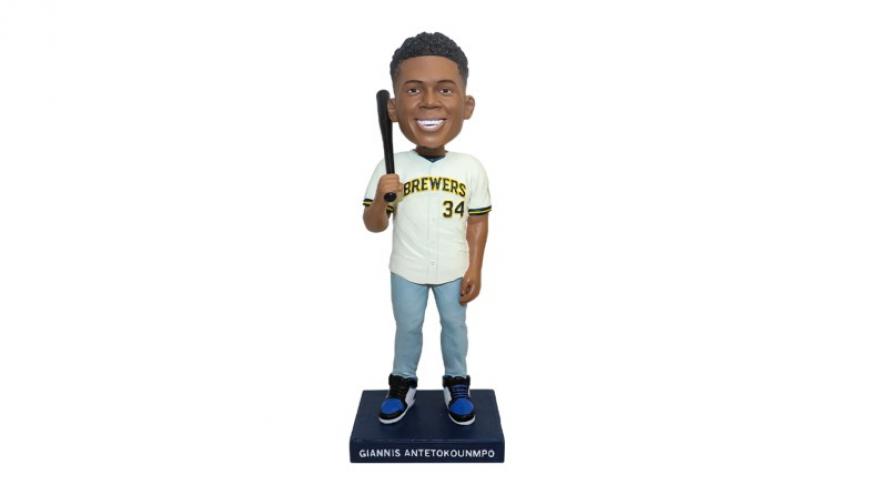 MILWAUKEE (CBS 58) -- A long-awaited "Bobblehead To Be Announced" on the Milwaukee Brewers 2022 Bobblehead Schedule has been revealed as Bucks superstar Giannis Antetokounmpo.

The first 35,000 fans through the gates on Sunday, Sept. 11 -- when the Brew Crew takes on the Cincinnati Reds -- will receive a Giannis bobblehead.

According to a news release, the bobblehead -- presented by 620 WTMJ -- showcases Antetokounmpo in the personalized Brewers jersey he wore last fall when he was announced as a new investor in the Milwaukee Brewers ownership group.

The Brewers say Bobblehead Sundays remain a fan favorite and fans are encouraged to purchase tickets early. The bobblehead games are scheduled for the following Sundays at 1:10 p.m. In addition, after Brewers Sunday home games, kids under age 14 are invited to the field to run the bases, presented by Aurora Health Care.

Tickets are available online HERE, 1-800-933-7890 or at the American Family Field Box Office. All online and phone purchases will be digitally delivered through the MLB app.