Giannis Antetokounmpo to be featured in 60 Minutes story Sunday, March 25 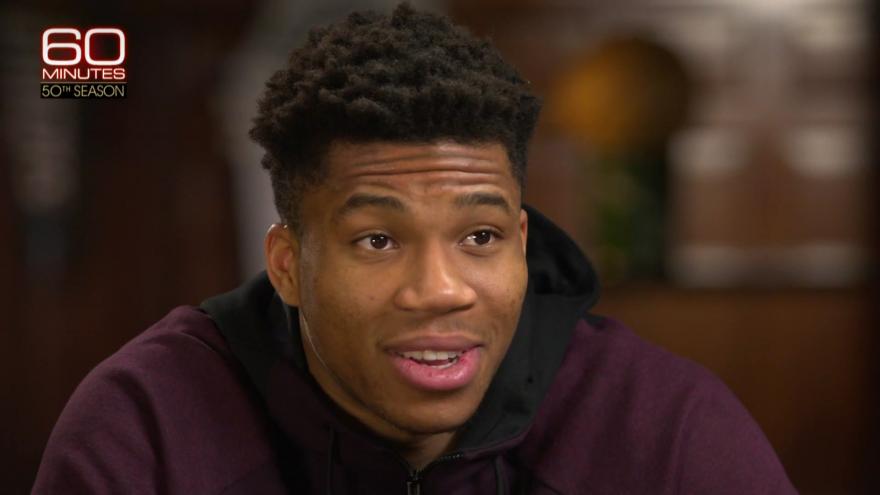 MILWAUKEE (CBS 58) – Giannis Antetokounmpo will be the subject of a story on 60 Minutes Sunday, March 25.

The Bucks’ superstar to Steve Kroft about growing up in poverty on the streets of Greece, back when he had to sell trinkets to help his family.

Milwaukee Bucks superstar Giannis Antetokounmpo tells 60 Minutes about selling trinkets on Athens streets to help his family and how that persistence has propelled him in the NBA. Steve Kroft reports, Sunday. https://t.co/U61lo3R8Ey pic.twitter.com/jhCX1pl2ZS

Antetokounmpo, or as he is called, “The Greek Freak,” is nearly 7ft. tall and can play all positions because he is gifted with athleticism rarely seen in big men. He’s averaging 27 points a game and earned the most all-star votes from his NBA peers. In the public all-star voting, the only player to finish ahead of Antetokounmpo was the NBA’s reigning king, LeBron James.

He tells Kroft his success comes from his dogged persistence honed as a child street hawker. “I was the best [salesman]. I was really good at it.” It was out of necessity. He and his brother sold items like glasses and watches on the streets to help their parents, who as Nigerian immigrants, had no papers and could not get work. “I didn’t give up,” he tells Kroft, adding that being young and cute helped.

Asked if he was still like that, Antetokounmpo replies, “Persistent in life? I think yes. I am. I’m going to do something until I get it right,” he says.

Antetokounmpo is still trying to get it right, despite the spectacular plays he makes and the fat stats he’s putting up. Asked if he thinks he’s going to get even better, he replies, “I have to. There’s not a choice. I’m really scared of failing. So I’ve got to get better.”