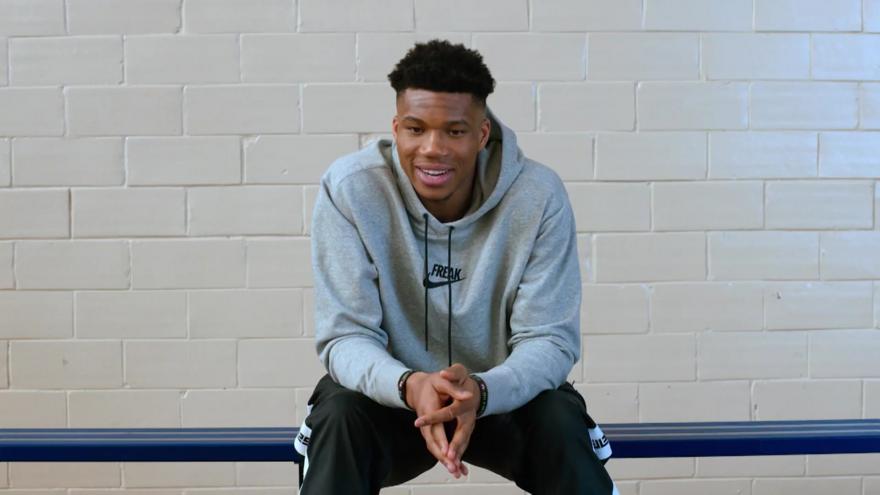 MILWAUKEE (CBS 58) -- Milwaukee Bucks' Giannis Antetokounmpo has been selected to the 2019-20 All-NBA First Time. This marks the second consecutive season that he has made the team and the fourth straight season he's earned All-NBA honors.

Officials say the past two seasons, he was named to the All-NBA Second Team following the 2016-17 and 2017-18 seasons. His four ALL-NBA selections are the third-most in franchise history trailing only Sidney Moncrief and Jabbar who earned All-NBA First or Second Team honors five times with Bucks.

"In his seventh season, Antetokounmpo, the 2019-20 Defensive Player of the Year and a finalist for MVP, averaged 29.5 points (5th in NBA) and 13.6 rebounds (2nd in NBA) per game, which were both career-high marks, in addition to dishing out 5.6 assists and shooting 55.3% from the field," a Bucks news release states. "He was the only player in the league to rank inside the top-15 in both scoring and rebounding this season and was the only one to average at least 20 points, 10 rebounds and five assists per game."

According to a news release, the All-NBA teams were selected by a global panel of 100 sportswriters and broadcasters. Antetokounmpo was a unanimous choice for the First Team and is joined by Anthony Davis of the Los Angeles Lakers, Luka Dončić of the Dallas Mavericks, James Harden of the Houston Rockets, and LeBron James of the Los Angeles Lakers.