Giannis Antetokounmpo 'not focused' on supermax decision, instead working to improve his game 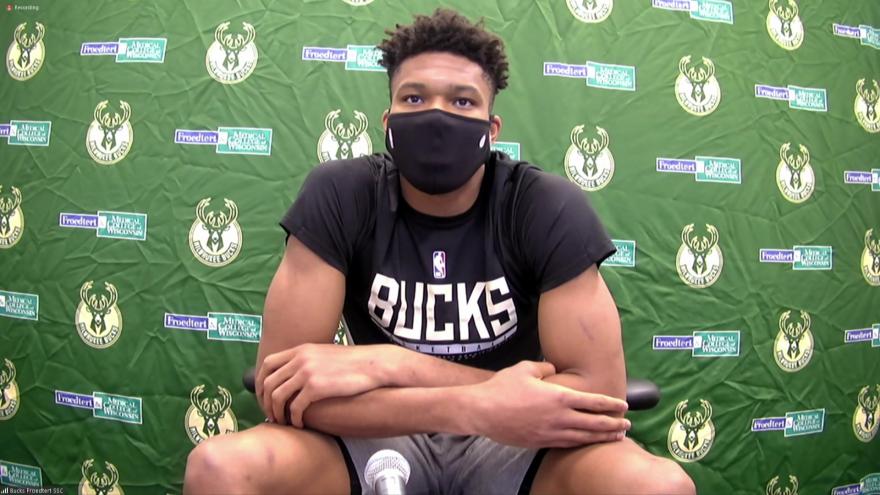 MILWAUKEE (CBS 58) -- For the first time since the Milwaukee Bucks opened training camp, superstar Giannis Antetokounmpo met with the media on Wednesday, Dec. 9.

The team looks a lot different than the one that was bounced in the NBA Playoffs in the Orlando bubble.

The Greek Freak is especially excited about the addition of Jrue Holiday.

"Having Holiday on the team, it's big time, he's a great leader he's a great human being," Antetokounmpo said. "He can defend he can score the ball, he's gonna bring that edge that we need and the rest of the guys will help us too."

Of course, what all Bucks' fans want to hear about is him signing a new supermax contract that will keep him in Milwaukee for years to come.

Antetokounmpo said he's focused on improving his game and letting his agent and the Bucks work on a new deal.

"I know my agent Alex and John Horst and the Bucks ownership are focusing on those discussions and I'm just focusing on how I can get better and help my teammates be better and get ready for Saturday to play our first preseason game," said Antetokounmpo.

Antetokounmpo and his teammates face the Dallas Mavericks Saturday, Dec. 13, and Monday, Dec. 15 at Fiserv Forum.

The Bucks end the short preseason with a game in New Orleans on Dec. 18.