Giannis Antetokounmpo drops hint he is staying with the Milwaukee Bucks 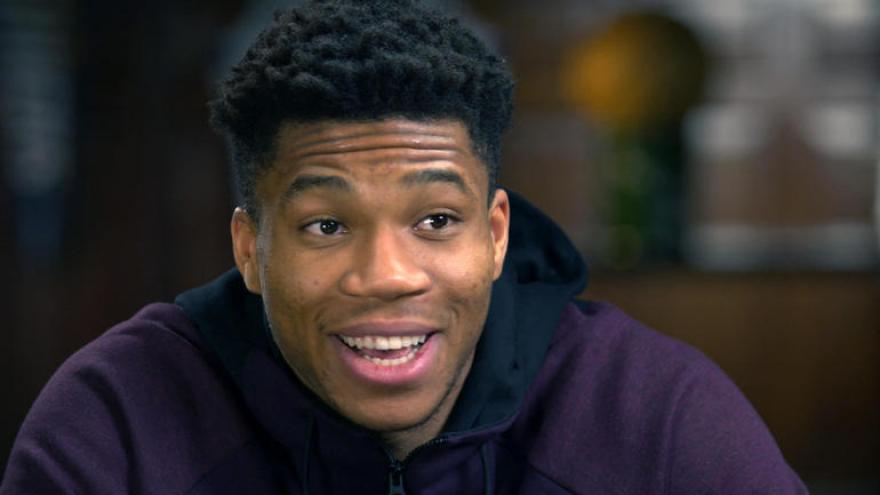 MILWAUKEE (CBS 58) -- After speculation on Milwaukee Bucks star Giannis Antetokounmpo's future with the team, he dropped a subtle hint on social media to suggest he will be returning next season.

On Tuesday, Sept. 15 around 10 p.m., Antetokounmpo thanked Milwaukee for the love and support he and his teammates received this season on Twitter.

"You guys are the best fans in the league," the tweet said. "I can't wait for next season!"

Thank you Milwaukee for all the love and support you showed my teammates and I this season. You guys are the best fans in the league. I can’t wait for next season! #ThroughTheWall#Antetokounbros ?? pic.twitter.com/k5D6HxSZwH

The Greek Freak's post comes days after reports surfaced that the Bucks were willing to spend into their luxury tax to keep the MVP.

ESPN Sources: In a three-hour lunch meeting, Bucks co-owner and governor Marc Lasry made it clear to MVP Giannis Antetokounmpo that the franchise plans to spend into the luxury tax to try and deliver him a championship supporting cast: https://t.co/xA6kK8JODg

The Bucks are projected to already have $130.6 million in player costs next season. That leaves roughly $8.4 million under the luxury tax.

The Bucks season came to an end after a 103-94 loss to the Miami Heat in Game 5 of the Conference Semifinals Tuesday, Sept. 8. Even with capacity limits due to the ongoing coronavirus pandemic, Bucks fans turned out to the Deer District to cheer on their team during their final game. Fans told CBS 58 they were disappointed in the loss, but knew it would be hard to win without Antetokounmpo playing, who was out with an injured ankle.